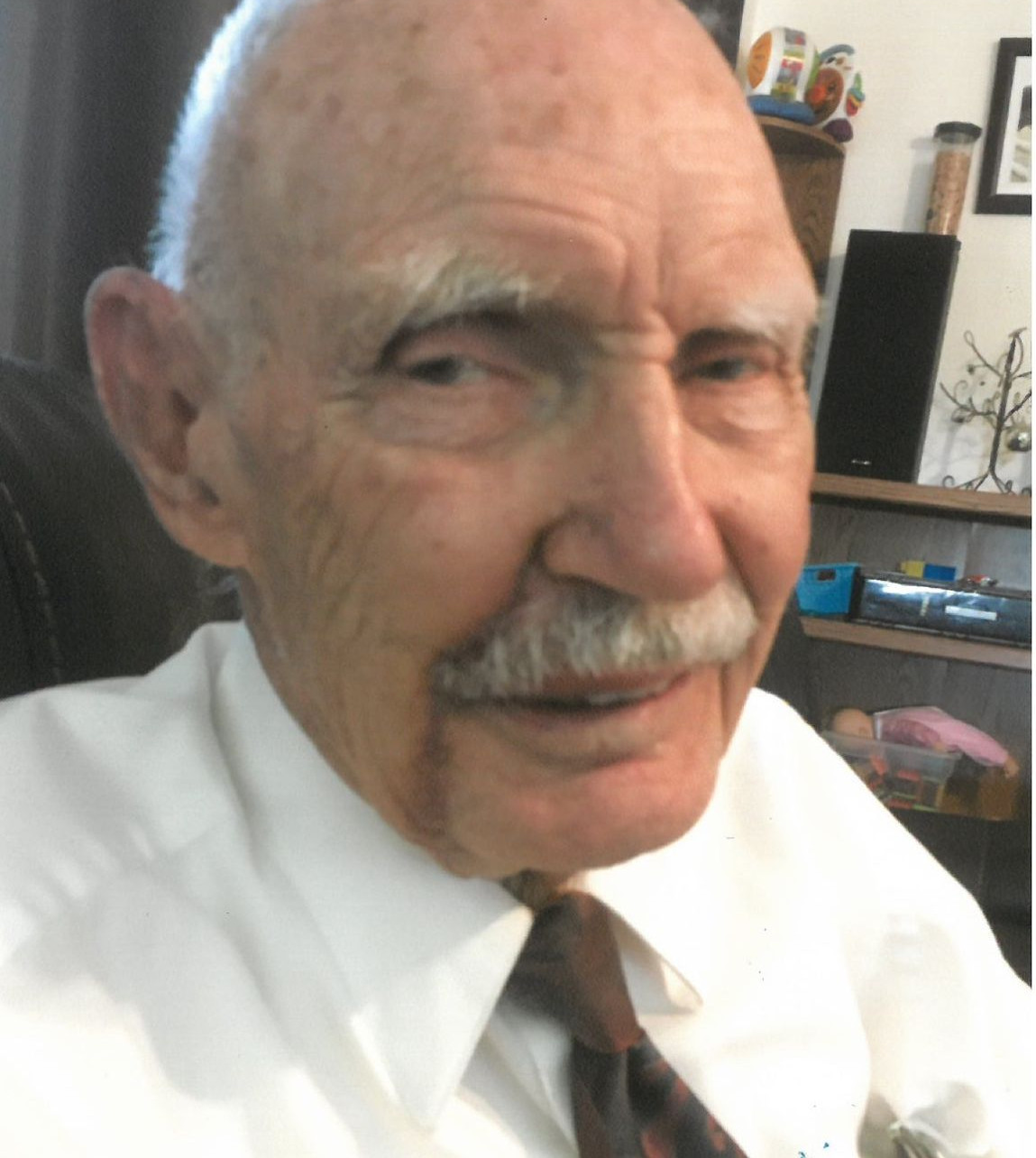 Reid S Carpenter, age 94, of Roosevelt, died on Saturday, September 25, 2021, at his daughter’s home in Neola.
Reid was born on July 8, 1927, in Thatcher, Arizona, to Frank and Lucinda Tyler Carpenter. He was the youngest of seven children. He married Clara Ruth Merrill on May 11, 1951, in the Mesa Arizona Temple. They had five children together. She died on April 30, 2018.
Reid lived a life of service. He served a mission for the Church of Jesus Christ of Latter-day Saints in Mexico and Guatemala. He then served in the United States Army in Korea. Later, he and Ruth served missions together in Honduras and in the Guatemala Temple where Reid was able to continue using the Spanish he learned when he was younger, and his dear Ruth picked up the language quickly. Reid served for many years in the Boy Scouts of America. He ministered to others in several church callings including as a ward and stake missionary, a counselor in the Bishopric, and as a temple ordinance worker.
Reid is survived by his children, Janet Cole, David Reid (Chris) Carpenter, JoAnn Nusser, Lorraine (Chet) Sumner, and Julia Ann (Klein) Skousen; 28 grandchildren, and 64 great-grandchildren, with more on the way.
He was preceded in death by his parents, his wife, whom he missed greatly, his 6 siblings, and 2 great-granddaughters.
A memorial service will be held on Wednesday, September 29, 2021, at 5:00 PM at the Central Park Ward Chapel of the Church of Jesus Christ of Latter-day Saints, located at 32 South State Street in Roosevelt. Per his wishes he was cremated and he will be buried with his wife in Arizona at a later date.

To order memorial trees or send flowers to the family in memory of Reid S Carpenter, please visit our flower store.