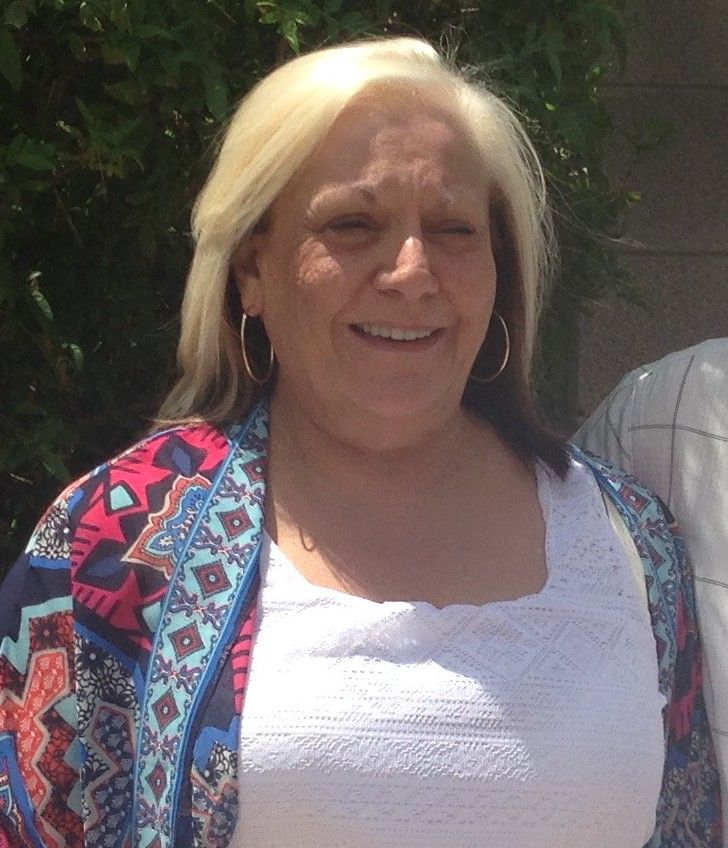 Regina Ann “Jeanie” Terkeltaub Sprouse, our beloved wife, mother, grandmother, aunt, and friend, passed away on May 10, 2022, at the age of 62. She was a fighter and after battling multiple illnesses for years, she was called home by the Lord and found peace from pain on this earth.
Originally from Massachusetts, Jeanie was an only child who spent her youth happily living in Miami Beach, FL. She attended the University of Florida before moving to Las Vegas, NV, where she met her husband, Niles. When they married in 1989, Niles had two young daughters that Jeanie loved unconditionally and she took them on as if they were her own. Soon after, their son, Timothy, was born and completed their family. Jeanie was a dedicated wife and mother first, often staying home to care for the home before eventually working in the community in various roles. She found her passion eventually working as a teacher’s aid at Roosevelt Middle School before her health declined. She is well known for her big smile, her gracious greetings, and having a kind word for everyone around her.
Jeanie is survived by her husband of 32 years, Niles Clive Sprouse, of Roosevelt, UT; 3 children: Sarah (Michael) Hoisington, Jacksonville, FL’ Stacy (Aarnon) Redmond, Lone Star, TX; and Tim Sprouse, Roosevelt, UT; 5 grandchildren, stepfather, Anthony (Doris) Barriga, Columbus, GA, and extensive extended family and friends.
She was preceded in death by her father, Abraham Terkeltaub, and her mother, Susane Barriga.
Family and friends are invited to attended a Celebration of Life service on Saturday, May 14, 2022, at 11:00 AM, at the Central Park Ward Chapel of the Church of Jesus Christ of Latter-day Saints, 32 South State Street, Roosevelt, Utah.
A viewing will be held on Saturday from 10:00 - 10:45 AM prior to the services.
Burial in the Lapoint Cemetery.

To order memorial trees or send flowers to the family in memory of Regina Sprouse, please visit our flower store.