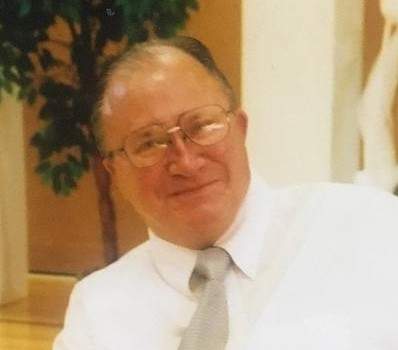 After a long and valiant battle with paralysis, Reed Kent Richens, 73, was welcomed home by a loving Father in Heaven on Saturday July 7, 2018 at his home in Myton, Utah.
Reed was born on February 1, 1945 to Aften and Celia Cope Richens, in Myton Utah.
Reed learned the value of hard work from an early age.  He graduated from Union High School in May of 1963.  He then served a LDS mission in the Southern California Mission.  Upon returning to Utah after his mission he was drafted in to the US Army and served his country in the Vietnam War from 1967-1969.  He was the recipient of a Purple Heart and a Silver Star, which is the third-highest combat decoration the U.S. military can award a service member for "gallantry in action".
Returning from Vietnam he married the love of his life Katherine Berrett on November 8, 1969 in the Salt Lake LDS Temple.  Reed attended Utah State University and graduated with a Bachelor’s degree in Agricultural Education.  He then pursued a career with the LDS Church as a seminary teacher.  He taught seminary for 23 years and touched the lives of many people along the way.  After an accident that left him paralyzed in 1997, he became an institute teacher for another 5 years.  He loved the Gospel and it was his passion to share it with all he knew.  We will forever remember him for his strength, endurance, faith, testimony, and love for his Savior.
He is survived by his wife of 49 years Katherine, Myton; daughter Nicole Richens Uasila’a and grandson Reed Kent Vaha Uasila’a, Roosevelt; foster-daughter Carol J.Smith (Bryon) Ellsberry, Duchesne; brothers Newell (Adelia) Richens and Ken (Barbara) Richens both of Myton; sisters Sherril (Burnell) Rich, Vernal, and Mary (Joe) Perkins,  Myton; brother in-law Logan (Lana) Berrett; sister in-laws Debby (Neil) Bingham, Idaho Falls, Idaho, and Beverly Berrett, Roosevelt; numerous nieces and nephews as well as
many friends.
He was preceded in death by his parents Aften and Celia Richens; an infant brother Loryn Richens; grandsons Paul James and Joshua Smith; in-laws George and Naydeen Berrett; and brother in-law Mike Berrett.
As a family we would like to express our gratitude to Dr. Jeff Wheeler for many years of compassionate care, as well as the staff at Uintah Basin Hospice for your kindness and help in easing us through this process.
Funeral services will be held on Saturday, July 14, 2018  at 11:00 a.m. at the Myton LDS Chapel.  Viewings will be held on Friday evening at the Hullinger Mortuary from 6 - 8 p.m. and Saturday at the church from 10:00 - 10:45 a.m.     Burial in the Altonah Cemetery. with military honors presented by the Altamont American Legion, Utah National Guard and the Patriot Guard.

To order memorial trees or send flowers to the family in memory of Reed Richens, please visit our flower store.