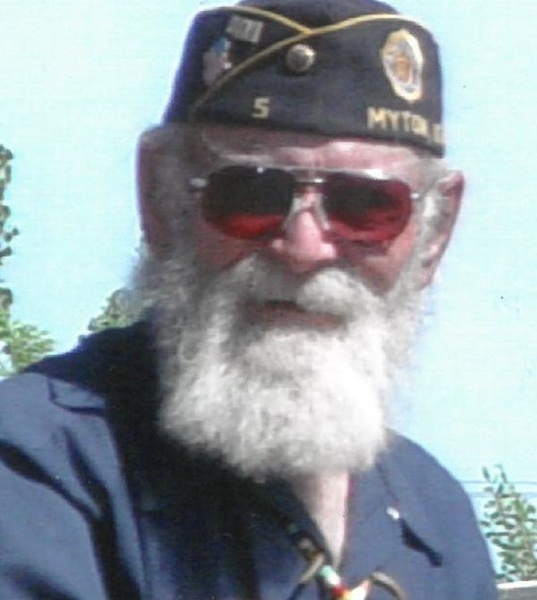 Raymond Kay Davis, age 94, of Myton, passed away January 26, 2022, at the Uintah Basin Medical Center.
He was born March 4, 1927, in Wapato, Washington, to Jessie and Emma Kariger Tueller.  He married Bonnie Jean Danover in Las Vegas, Nevada, on March 13, 1973.
Raymond served in the United States Army during World War II.  He was a member of the Myton American Legion.
In 1988, he and his wife, their son Jessie, and Ray’s best friend, Jack Hinte, moved to Myton and within a year they were a very integral part of the community – as if they had lived there all their lives.  He was quite the story teller and liked to tease.  He enjoyed hunting, fishing, playing pool, and watching football.  He loved spending time with his family and best friend, Jack.
Ray is survived by his wife, Bonnie, of Myton; son, Jessie Davis, of Price; and many friends.
He was preceded in death by his parents and his friend, Jack.
Graveside services held at 1:00 p.m. on Friday, January 28, 2022, in the Myton Cemetery with military honors by the Myton American Legion and the Utah Army Honor Guard.

To order memorial trees or send flowers to the family in memory of Raymond Davis, please visit our flower store.