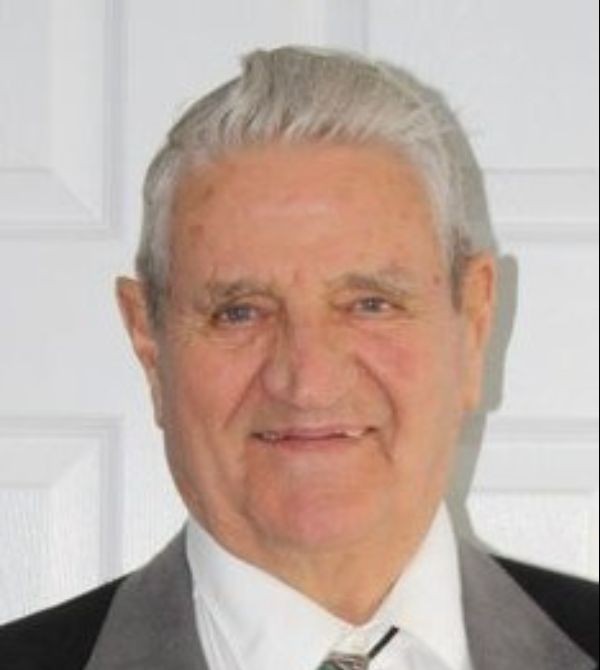 Ramon “Ray Jick Wardle, age 90, passed away Sunday, January 23, 2022 at the Uintah Basin Care Center in Vernal.
He was born February 11, 1931 in Roosevelt to Austin and Hazel Christine Izor Wardle.  He was the third of four children.
When Ray was 6 years old his parents moved from Willow Creek to Ouray and bought the Ouray Trading Post, while there he used to love to swim in the Green River.    He was a very good basketball player, playing on the varsity team at Alterra High School where he graduated in 1949.
He met and married Nedene Elizabeth Clark in November 1951.  He was working in the mines and Norman and Norma Clark were the cooks for the company.  They had a little sister and he fell madly in love.   They had 3 children, Bryce Ray, Sandra Lee and Michael R.  She died September of 1986.  He married Frances Lou Jenkins Stubbs in October 1987.
He loved to hunt, camp, and back pack into the mountains with his family and friends.  He especially enjoyed the Book Cliffs and Willow Creek.  In his younger years he participated in roping and was a cowboy.
Through the years he worked in the oil field, as a police officer, and was the chief of police for the Ute Tribe for about 17 years and also for Gary Energy.
Ray will be know for his “Never met a stranger” and could get a conversation going with someone or anyone, almost like they’d know each other all of their lives.
He loved watching his grandchildren play sports, and was very supportive of all the different things they did and liked attending and cheering at any event.
After retiring, he spent more time in the outdoors and working in his yard.  He had a beautiful garden and a green thumb when it came to growing things.      He was a member of The Church of Jesus Christ of Latter-day Saints and served in the Vernal Temple for 14 years, stating it was the best job he ever had.
He is survived by his wife, Lou Wardle, children, Sandra (Jet) Abegglen, Brent (Linda) Stubbs, Brion (Pat) Stubbs, Brenda Stubbs, Beverly Berrett, Bart (Lisa) Stubbs, Brigitte Townsend, Britt (Stephanie) Stubbs, 37 grandchildren, 55 great grandchildren, 17 great-great grandchildren, and many nieces and nephews.
He is preceded in death by his parents, his wife Nedene, his sons, Bryce Ray Wardle, Michael R Wardle, siblings, Lee Wardle, Betty Jensen, Peggy Berela, sons-in-law, Michael Berrett, Dean Townsend, grandson, Thomas Berrett, mother-in-law, Wilma Hall, father-in-law, Ned Clark, mother and father-in-law Frank and Mable Jenkins.
Ray we love you and we will miss you, see you soon.
Funeral services will be held on Saturday, January 29, 2022 at 1:00 p.m. at the Neola Chapel.  A viewing will be held that day from 11:30 - 12:45.
Burial will be in the Leota Cemetery.
Condolences may be shared at www.hullingermortuary.com

To order memorial trees or send flowers to the family in memory of Ray Wardle, please visit our flower store.