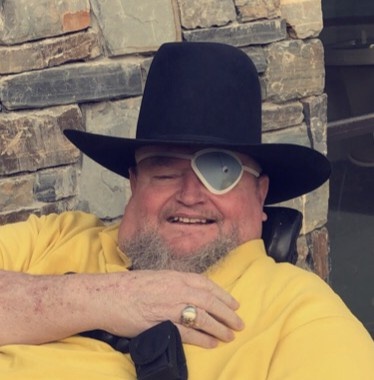 Randy Norman Meyers, age 59, died Saturday, September 26, 2020 at the Rocky Mountain Care Center in Heber City, Utah.
He was born November 5, 1960 in Murray, Utah, son of Ronald Harlow Meyers Jr. and Leah May Sundell.
Randy served 2 years as a missionary in Baton Rougue Louisiana where he learned to love and rely on the teachings of our father in Heaven. Randy was married to Kaelyn Ashby on December 4, 1987 in the Salt Lake Temple.
Randy was a hard worker and enjoyed many different occupations. He worked as a dry waller most of his life, a truck driver, and a parts manager.  His greatest accomplishment was his family that consisted of four daughters and a son, all of whom he was very proud of. He will be missed by his family and mostly his 3 grand kids, Trevor Harlow Tippetts, Michael Donovan Papa, and Madison Leah Papa, whom he loved with all his heart.
Randy loved his family and times he spent hunting, camping, riding horses and being in the out of doors.  Randy was a huge John Wayne fan, and Randy and Kaelyn's first home was known as the John Wayne shrine. Randy was a big jokester in the family, and loved to get a rise out of a lot of family and friends, especially his gullible mother, who always fell for whatever he was dishing out. He had a good sense of humor and a great laugh.
He leaves behind his spouse, Kaelyn Ashby Meyers, daughters, Casie Shantel Meyers (Michael Papa), Las Vegas Nevada; Danielle Kaelyn Tippett's, Magna Utah; Marissa Mae Meyers, Roosevelt Utah; and a son, Kevin Randy Meyers, Texarkana Texas. Siblings, Steven Harlow Meyers, Roosevelt Utah; Carrie Meyers, West Jordan Utah; Mark Wayne Meyers, Magna Utah; and Susan (Brent) Rudd, West Jordan Utah. Two grandsons and one grand daughter.
Randy was preceded in death by his parents, Ronald Harlow Meyers Jr. and Leah May Sundell, and his oldest daughter, Aleese Callie Meyers.
Funeral services will be held on Friday, October 2, 2020 at 11;00 a.m. at the Hullinger Mortuary.  Viewings will be held on Thursday evening from 6:00 - 8:00 p.m. and Friday from 10:00 - 10:45 a.m.  In lieu of flowers, please consider donating for funeral costs.
Burial in the Roosevelt Memorial Park.
A lite luncheon will follow at the pavilion behind the Roosevelt East Stake Center, 600 East 600 North.

To order memorial trees or send flowers to the family in memory of Randy Meyers, please visit our flower store.