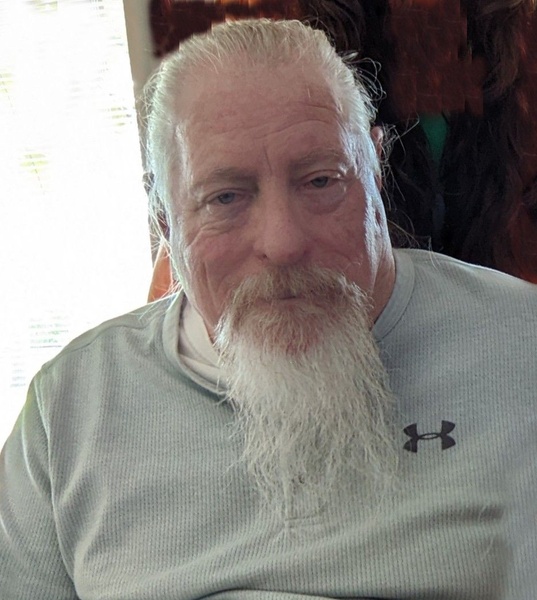 Randy Joseph Knight, age 70, passed away peacefully at the VA Hospital in Salt Lake City, surrounded by his family on May 12, 2022.
Randy was born in Salt Lake City on October 5, 1951 to Earl and Sadie Knight.
Randy proudly served in the United States Air Force (1971 -1973) and continued to serve Veterans with the American Legion. Randy was a proud Vietnam Veteran.  Randy married the love of his life, Marsha on July 20, 1979 and they resided in the Uintah Basin for a majority of their marriage.  Randy spent many years working in the oil field in the Basin.  He was employed by the BLM for several years, before proudly serving the American Legion for the rest of his career.
Randy enjoyed camping, boating, skiing and riding his Harley. He had a love for adventure, family and friends, but most of all his grandchildren.  After surviving a motorcycle accident, he made lemonade out of lemons by competing in the National Wheelchair Games and winning several gold medals in a variety of events.  This didn’t slow down his love for travel and meeting new people.
Randy will be dearly missed by his family: Marsha Knight (wife), Brian Mortensen (son), Tara Kniss (daughter), her husband Wade and daughters, Brooklyn and Avery, Allen Mortensen (son), his wife Mandy and children Journey and Rogan.  Siblings; Vickie and Jay Bryant, Steve and Ilene Knight, and Penny Adams, in addition to several nieces and nephews.
He was preceded in death by both parents, Earl and Sadie Knight, infant son, Benjamin Joseph Knight, and grandson, Angel Stephen Kniss.
Funeral services will be held on Wednesday, May 18, 2022 at 11:00 a.m. at the Mountain Home Chapel.  Viewings will be held on Tuesday evening at the Hullinger Mortuary from 6:00 - 8:00 p.m. and Wednesday at the church from 10:00 - 10:45 a.m.
Burial in the Talmage Cemetery.
In lieu of flowers please donate to the American Legion Department of Utah.

To order memorial trees or send flowers to the family in memory of Randy Knight, please visit our flower store.