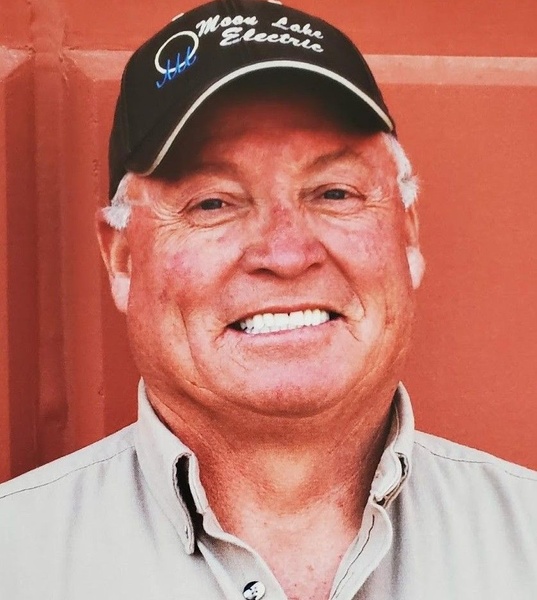 On Friday August 6, 2021, Ralph Wells Wright, 67, of Lehi, formerly of Roosevelt, passed away in Salt Lake City, UT due to COVid19 complications.
Ralph was born on February 8, 1954, to Ernest and Louise Stanley Wright of Duchesne, UT. He was the 6th of 8 children, and gave them heck his whole childhood. He graduated from Union High School in 1972 where he was a student athlete and excelled in Football and Baseball.
He married the love of his life, Lynette Hoopes, in the Salt Lake City Temple in 1973. They had four children who were the center of their lives and gave them 10 grandkids that he loved and adored. He thoroughly enjoyed going to sporting events and rooting on his children and grandchildren, as long as they weren’t the official on the game.
Ralph and Lynette were devoted to their family. Ralph was a brick mason for 10 years and helped build many houses in the Uintah Basin. He then took a job with Moon Lake Electric for the next 36 years. His career took his family from Roosevelt, UT to Rangely, CO before moving back to Uintah Basin where he finished out his career. After health complications forced early retirement, Ralph and Lynette settled in Lehi, UT. He received a kidney and a liver transplant in 2016 which afforded his family 5 more precious years with him.
He was an active and faithful member of the Church of Jesus Christ of Latter Day Saints, where he held many callings throughout the years. Many of these callings were with the youth because of how easily he could connect with them.
Ralph could strike up a conversation with anyone and after 20 minutes they would have become lifelong friends. He loved to tease everyone, but especially his grandkids. If you know Ralph you know he loved to tell stories- he did it so well that everyone in the room believed it. He also never knew a prank he didn’t like.
Ralph was truly one of a kind. He brightened every room he walked into with his jokes and his contagious smile. He always put others before himself and would give the shirt off his back to a friend in need. Ralph will be forever missed by his family and friends, but his memory and legacy will live on through his wife, children, and grandchildren. We will never forget his bright eyes and funny faces.
Ralph is survived by wife Lynette; children, Michael Wright, Brandon (Lydia) Wright, Lyndsey (Mikel) Wiley, Casi Wright; grandchildren, Zoe, Drayson, Kaizlyn, Jonas, Elena, Lucas, Ava, Alexis, Alanna, and Wyatt; brother, Clayton; and sisters Kathy, Laura, Rosie, Freda, and Debra.
He was preceded in death by his father and mother, Ernest and Louise, and brothers, Garland and Wayne.
Funeral services will be held on Tuesday, August 10, 2021, at 11:00 a.m at the Neola Chapel of the Church of Jesus Christ of Latter-day Saints. There will be a viewing on Monday from 6-8 p.m. at the Hullinger Mortuary and on Tuesday at the church from 9:30-10:45 a.m.
Burial will be in the Roosevelt Memorial Park. Condolences may be shared at www.hullingermortuary.com In lieu of flowers, please consider making a donation to Donor Connect https://www.donorconnect.life/get-involved/contrib...

To order memorial trees or send flowers to the family in memory of Ralph Wells Wright, please visit our flower store.