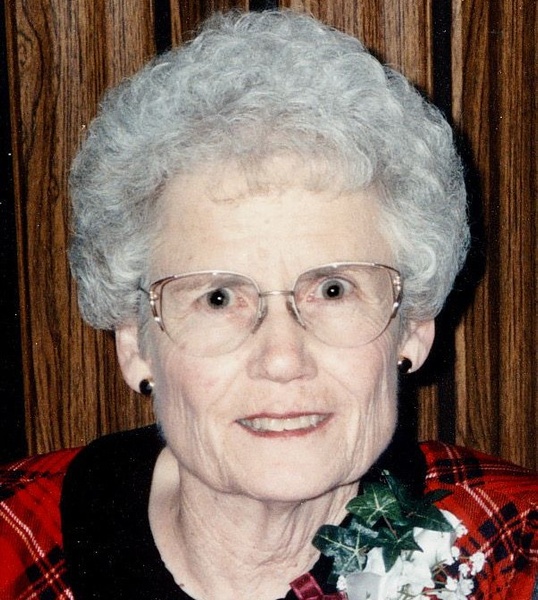 PLEASE NOTE: THIS OBITUARY IS BEING PLACED ON OUR WEBSITE AS A COURTESY TO THE FAMILY.  HULLINGER MORTUARY IS NOT HANDLING ANY PART OF THESE SERVICES.

Rada Hall Kowallis returned to her heavenly home Sunday, May 29, 2022, after enduring well her 93 years on the earth.  Rada and her twin brother, Ray, were born in St. Anthony, Idaho, on February 21, 1929, to Jick and Ruby Hall.  She grew up during the Great Depression attending small country schools and working on the family farm.  Shortly after high school graduation she moved with her family to Ogden, Utah, where she met Calvin Kowallis.  Following a short courtship they were married in the Logan Temple.  Together they spent the next several years in Forest Grove, Oregon, where Calvin attended optometry school and they began their family.  Upon graduation they moved to Roosevelt, Utah, to establish his practice and to raise their family which eventually included five children.  Rada and Calvin spent over 50 years in the Uintah Basin before moving to South Jordan where Rada has resided the last 17 years.

Rada’s priorities were her family and the gospel of Jesus Christ.  Rada gave her all to any calling she was given in the church and supported Calvin in his church and civic callings.  She especially enjoyed their service in the presidency of the Vernal Utah Temple.  Rada was not one to be in the spotlight but quietly did her part behind the scenes.  She was a person of honesty, integrity and inner strength with some spirited opinions mixed in for flavor.  She cared deeply for her family and knew the name of every great grandchild.  She lived providently and she and Calvin have left a great legacy of hard work and doing your best for their family to follow.

A memorial service will be held Monday, June 13, 2022, at 2:00 pm, at 7511 South 2700 West, West Jordan, Utah.  Interment in the West Jordan City Cemetery.
To watch the service virtually click and scroll to Rada Kowallis Memorial, https://www.youtube.com/results?search_query=west+jordan%2C+utah+stake