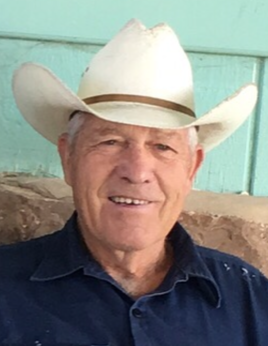 Philip Pratt Hicken, age 80, of Pleasant Valley, died August 31, 2019 from injuries sustained in a farming accident.
He was born August 27, 1939 in Heber City, Utah to Roy Pratt and Lavina Webster Hicken. He married the love of his life, Linda Murdoch on June 9, 1959 in the Salt Lake Temple of the Church of Jesus Christ of Latter-day Saints.
Philip enjoyed farming and remained active farming all his life. He was an entrepreneur and was an owner/operator of Pleasant Valley Hunting Preserve (Hicken’s Chickens); Basin Memorial and Pleasant Valley Sod. For many years he was a DHIA milk tester and served on the IFA Board. In his spare time, he enjoyed working in his wood shop creating beautiful items for his home and family. Philip loved to travel, and he and mom were able to visit many places together. He also loved to read, fish, garden and go to theater productions. Philip loved music and spent many hours with his family around the piano singing. He was an active member of the Church of Jesus Christ of Latter-day Saints and served in various callings including bishop. He served a mission with his wife at the Randlett Branch and at the Mesa Arizona Temple Visitor’s Center where they became grandparents to numerous sister missionaries.
Philip loved his family deeply and taught them principles by which they live their lives. He grew up on a dairy farm and knew the value of hard work and money and instilled that quality in his children and grandchildren.
He enjoyed helping others and often ministered without being asked and he struggled understanding why people could not just converse and help each other. He was a man of integrity and honesty (you always knew where you stood with him) and had an unshakeable belief in Jesus Christ. He will be deeply missed.
Philip is survived by his wife of 60 years, of Pleasant Valley; children, Ilene (Randy) Curtis, Hermiston, Oregon; Keith (Nerissa) Hicken; Diane (Brent) Fenn, both of Pleasant Valley; Kenneth (Kimberly) Hicken, Riverton; Douglas (Jena) Hicken, Orem; 22 grandchildren and 15 great-grandchildren; his brother, Roger (Dorri) Hicken, Malta, Idaho; his sister Carma Hicks, West Valley City; and numerous nieces and nephews.
He was preceded in death by his parents; his sister, Lucy Francom and grandchildren, Alex and Porter Hicken.
Funeral services will be held on Saturday, September 7, 2019 at 11:00a.m. at the Myton Chapel. There will be a viewing on Friday from 6-8 p.m. at the Hullinger Mortuary and on Saturday from 9:30-10:45 a.m. at the church.
Burial will be in the Roosevelt Memorial Park.

To order memorial trees or send flowers to the family in memory of Philip Pratt Hicken, please visit our flower store.