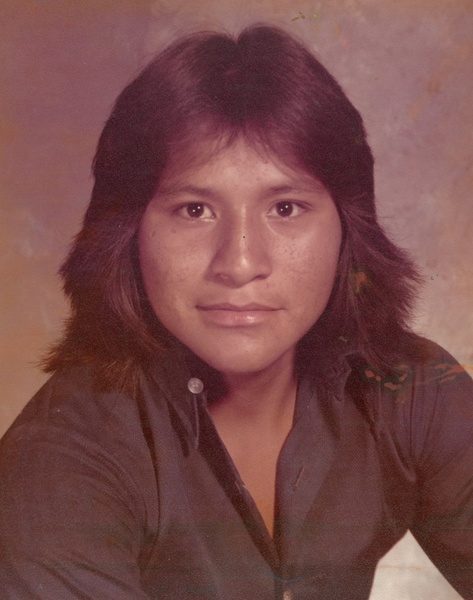 Philbert Ralph “Pixie” Tapoof, age 60, passed away December 24, 2021, at the West Jordan Regional Medical Center.
Pixie was born April 14, 1961, in Roosevelt, to Robert Sr, and Phyllis Mae Redfoot Tapoof. His Indian name was Duhspah-Toopweech (“Fast Rock”), which was given to him by his aunt, Marion Wall. He was raised by his uncle George Sireech, grandparents, and an aunt.
Pixie was a wonderful artist who could draw and tattoo anything. He was an avid KC Chiefs fan and enjoyed wearing their logo on hats, shirts and shoes. In his younger years he played football and basketball, and was a wrestler. He liked going to the mountains to hunt and fish. He was easy to get along with. He liked joking and driving nice cars, and he was a particular about how he looked. He started Sundancing at a young age and recently picked it back-up.
He is survived by his children, Willy Joe Tapoof, Laura Kay Jean Tapoof, Darrell Sampson Tapoof, Federico Dean Tapoof, siblings, Hilda Mae Tapoof, Merceedes LaRae Tapoof, Robinette Valles, Marsha Tapoof, Keno Tapoof, Jaymoe Tapoof, and numerous aunts, uncles, cousins, nieces and nephews.
He was preceded in death by his parents, his daughter, Lenora Tapoof, son, Nemo Tapoof, and siblings, Robert Tapoof, Jr., Shauna Tapoof, and Jerilynn Tapoof; former companion and friend, Brucie Reed Lasal.
Funeral services will be held at the Hullinger Mortuary on Wednesday, December 29, 2021 at 10:00 a.m. at the Hullinger Mortuary.
Burial will be in the John Harmes Cemetery.

To order memorial trees or send flowers to the family in memory of Philbert Ralph Tapoof, please visit our flower store.