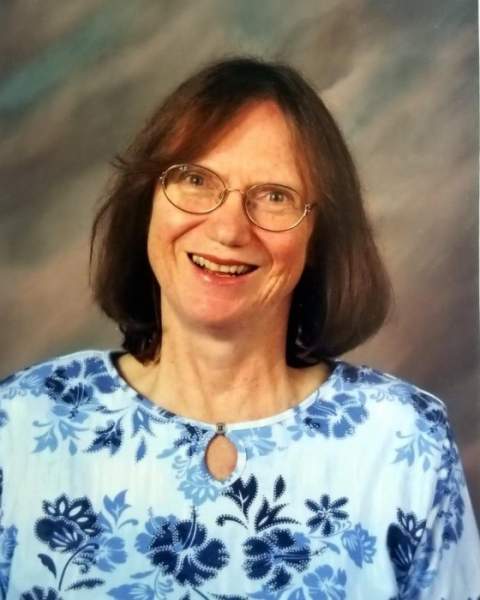 Margaret “Peggy” Louise Ahlborn, age 72,  passed away surrounded by loved ones on June 13, 2019 in Murray Utah.
Peggy was born on August 8, 1946 in Berkeley California to Ernest Jaeger and Margaret Elizabeth Stephens Ahlborn.  She was raised in Berkeley CA until her family moved to Provo during her teen years.  She graduated from Provo High School and Brigham Young University with a teaching degree.
She later received her Masters of Library Science from BYU as well as degrees and certifications in nutrition.  Peggy shaped lives as a teacher for more than four decades.  She received “Teacher of the Year” from Uintah School District in 1988.  She retired in 2014 from the Uintah School District after 45 years of teaching--10 years in Salt Lake County and the last 35 years in the Uintah Basin.
Peggy moved to Tridell to take care of her aging parents and help them with their farm in the late 1970’s.  Peggy was active in her Tridell community and served as Treasurer for the Community Council.  She was generous with her time and resources and dedicated to making her community a great place.
Peggy served in many positions in the Church of Jesus Christ of Latter-day Saints and is a great example of ministering to us all.  She served a Mission for the Church of Jesus Christ of Latter-day Saints in 1988-89 in the West Virginia Columbia Mission.  Peggy is especially remembered for her dedicated service in the Scouting programs.  She received the “Silver Beaver Award” in 1997.
Peggy Ahlborn will forever be remembered as a beloved sister and aunt, a fun teacher and a loyal friend who generously and quietly gave her service of time, resources and love for all around her.  She will be deeply missed by her family and community.
She is survived by two brothers, Ernest Stephens Ahlborn (Dorothy Rae Nicholes) and Robert C. Ahlborn (Chammelia Deborah Adams), 19 nieces and nephews, 70 grand-nieces and nephews and 4 great-great nieces and nephew.
She was preceded in death by her parents.
Funeral services will be held on Saturday, June 22, 2019 at 1:00 p.m. at the Tridell Chapel.  Viewings will be held on Friday evening at the Hullinger Mortuary from 6 - 8 p.m. and Saturday 1 hour prior to the services at the church.
Burial in the Tridell Cemetery.

To order memorial trees or send flowers to the family in memory of Peggy Ahlborn, please visit our flower store.