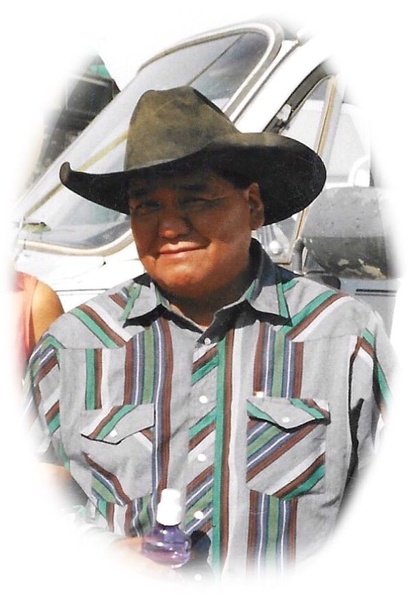 Paul Hamilton Wyasket, age 66, of Ft. Duchesne, passed away in the early morning of January 11, 2022.
He was born in April 1955 in Roosevelt, Utah, to Francis and Esther P. Wyasket.
He was raised as a Christian and believed in Jesus Christ. He was a cowboy, a bull rider, and a rancher. He worked for the Ute Indian Tribe Water Settlement Co Op. He enjoyed hunting and fishing in the mountains. His passion was going to rodeos where he traveled throughout western America. During his rodeo career he rode two well-known PBR (Professional Bull Riders) bulls, Little Yellow Jacket and Uncle Kracker. He was a member of the Rocky Mountain Indian Rodeo Association and was president of the Northern Ute Rodeo Club. He also helped raise his nieces and nephews.
Paul is survived by his siblings, Deborah K. Manning, Ft Duchesne, Utah; Lillian Wyasket, Ft Duchesne, Utah; Elston Wyasket, Spanish Fork, Utah; Ruth Wyasket, Ft. Duchesne, Utah; Jesse Wyasket, Salt Lake City, Utah; Patrick Wyasket, Arizona; and Floyd Wyasket, Roosevelt, Utah. Paul has left behind his nephews and nieces: Megan, Brett, Mitzi, Cody, and Crystal.
He was preceded in death by his parents, and three brothers, Anthony, Gerald, and Bryce Wyasket.
Graveside services will be held at 10:00 am, Saturday, January 15, 2022, at the Ft. Duchesne Cemetery.

To order memorial trees or send flowers to the family in memory of Paul Hamilton Wyasket, please visit our flower store.