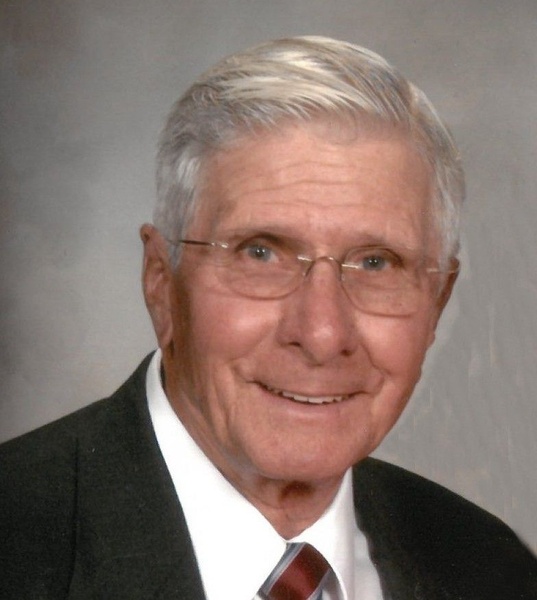 Paul Eugene “Gabby” Hayes, of Duchesne, passed away peacefully surrounded by his family on Friday, September 17, 2021at the age of 87.
Gabby was born on September 8,1934 in Council Bluffs, Iowa to Lawrence and Bonnie Cary Hayes. When he was very young they moved to Utah where they resided in multiple cities. They later settled in Francis where Gabby attended South Summit high school and graduated in 1952.
On December 9, 1953 Gabby was drafted into the United States Army. The majority of his service was spent stationed in Germany. While in the army he learned how to be a surveyor; a skill that would serve him the rest of his life.
After being discharged from the army, Gabby spent time in various places in Utah before accepting a surveying job near Manila where he would meet his best friend and love of his life.
Gabby and Deanna May Schofield Hayes married on March 23,1957 after a whirlwind romance of six weeks. They married in her parents yard with a borrowed ring and had pizza for the first time on their honeymoon. His job at the bureau of reclamation allowed them to live in different places and meet many of their closest friends. They eventually built their dream home in Duchesne. It was in that home that they danced in the kitchen and demonstrated to their family how love and marriage is supposed to be.
Gabby and Deanna passed their love of adventure and the outdoors down to their three children. Every free moment of their life was spent camping, fishing, arrow head hunting or riding their four wheelers through our beautiful state. Gabby always took time to appreciate the beauty in the world and encouraged his family to do the same.
Gabby was baptized as a member of The Church of Jesus Christ of Latter-day Saints in 1991. His marriage to his sweetheart was later solemnized for time and all eternity in the Salt Lake City temple. He accepted multiple callings in the bishopric and served them with a Christlike attitude. His faith was strong and he had a deep love for our Lord and Savior.
Gabby never met a stranger. He devoted his entire life to service and was always willing to lend a helping hand. His family was the most important thing to him and he constantly reminded us how blessed he was to have us. However we were truly the blessed ones. He was the definition of humble and kind. He was the greatest role model and we will miss him beyond measure.
He is survived by his loving wife, Deanna May Hayes, his three children, Greg (Leah) Hayes. Danny (LouAnn) Hayes. Christie (Gary) Walker, sister, Le Wana Carota. Sister Donna Sperry and Brother David (Doe) Hayes. 16 grandchildren and 31 great grandchildren.
He was welcomed into heaven by his loving parents, and parents in law, multiple brothers-in-law and sisters-in-law, three of his precious grandchildren and multiple lifelong friends.
There will be a viewing in his honor on Thursday, September 23, 2021 from 6 pm- 8pm at the 1st & 3rd Ward Chapel.
Graveside services will be at the Manila Cemetery Friday the 24, 2021 at 1:00 p.m.
In Lieu of flowers the family asks that donations be made to the missionary fund.

To order memorial trees or send flowers to the family in memory of Paul "Gabby" Hayes, please visit our flower store.