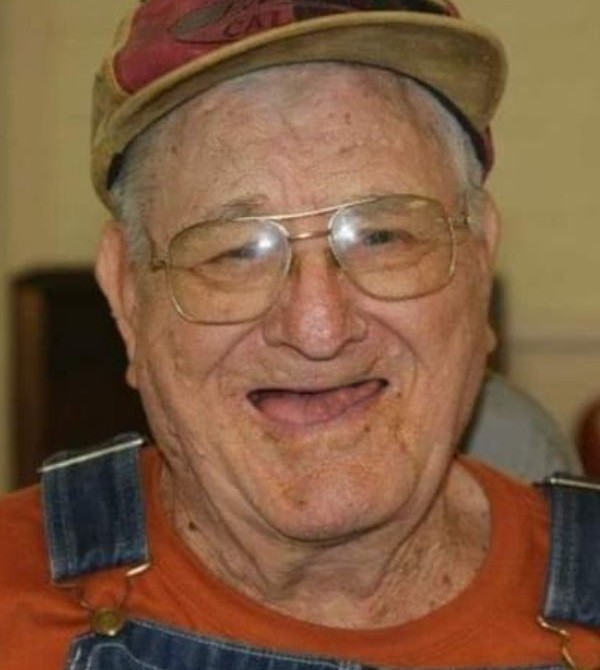 Paul Fred Cobb, Sr., age 99, of Roosevelt, formerly of California, passed away September 25, 2021, at his son’s home in Roosevelt.
He was born August 9, 1922, in Zincville, Oklahoma, to Walter Eli and Canzada Heatherly Cobb. He married Myrtle Louise Hansen on May 7, 1949, in Williston, North Dakota. She died February 24, 1994.
Paul served during World War II in the United States Army Air Corp, retiring in 1965. He then worked as an automobile mechanic for the rest of his life. Paul was an avid fisherman – especially for catfish– and ‘coon hunter. He enjoyed playing music and writing his own songs and quirky poems. He truly enjoyed his grandchildren and great-grandchildren, especially when they were babies, and was known for the odd nicknames he gave them. He would help anyone in need and had a good heart.
Paul is survived by his children, Gloria “Beaner” Evans, Santa Clara, California; Paula Iraiqat, Williams, California; Joe Cobb, Colusa, California; Dennis Cobb, Colusa, California; Stoney Spell, Fairfield, California; Paul “PJ” (Cathy) Cobb, Jr., Roosevelt, Utah; 22 grandchildren, and many great, and great-great-grandchildren.
He was preceded in death by his wife, Myrtle; daughter, Carol Lena Cobb; great-grandson, Tommy Bassler; and 12 siblings.
Per his wishes, he will be cremated and then laid to rest with his wife in Sebastopol, California, following a celebration of life in Colusa, California.

To order memorial trees or send flowers to the family in memory of Paul Fred Cobb, Sr., please visit our flower store.