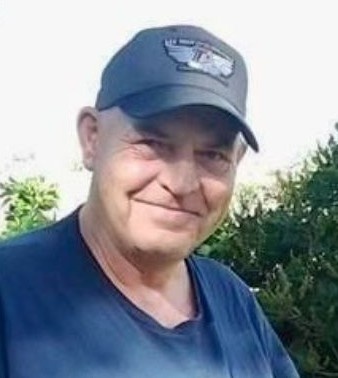 Paul Bromley, age 63, of Ballard, passed away May 19, 2022, at his home.
He was born January 26, 1959, in Price, to Victor LeRoy & Judith Marie Justice Bromley.  His family moved to Corinne, Utah, where from a young age he worked in the dairy industry.  In about 1977, his family moved to the Uintah Basin for work in the oilfield.  Paul held many positions in the oil & gas industry.  He also worked overseas as a rig manager.  Later, he got his CDL and drove hot-oil trucks and then worked for a long-haul trucking company.
Paul married Delores Beasley, and they were blessed with four children.  They later divorced.
He was all about family, fishing, hunting, boating, and his barbeques.  He was an amazing cook, and enjoyed a cold beer, a good steak, old country music, playing the guitar and being with friends.  He would often say, “Just one more thing.”  His favorite pastimes were summers at the lake and camping with his kids.  He was very giving, and was also very stubborn!
Paul is survived by his children, Amanda (Josh) Edmundson; Janessa Bromley; Catherine Bromley; Justin Paul (Randi) Bromley; grandchildren, Blayze, Zachary, Xavier, Burton, JR, Dedrich, Victoria, Kimber, Rihanna, Torbin, and Deja; siblings, Sandi Ross, Vicky (Gary) Ross, Debra Bromley, Roger (Lisa) Bromley, Laura (David) Hackford, Darryl (LissieAnn) Bromley; and numerous nieces and nephews.
He was preceded in death by his grandparents, parents, brothers, Richard Leroy, Daniel Mark, & Kevin Todd Bromley; and a brother-in-law, Tex Ross.
Graveside services will be held on Friday, May 27, 2022 at 11:00 a.m. at the Lapoint Cemetery.

To order memorial trees or send flowers to the family in memory of Paul Bromley, please visit our flower store.