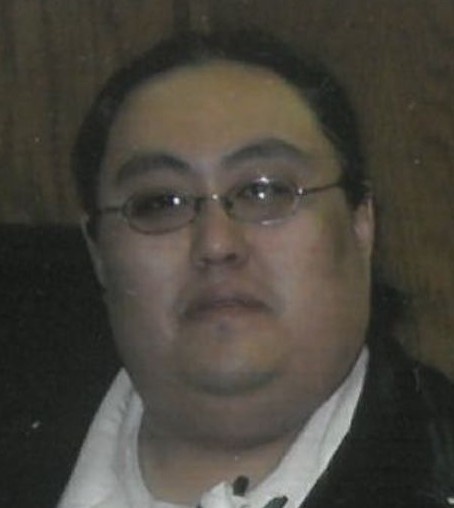 The funeral service will be live-streamed and can be viewed here.

Olson Stan Segay, age 46, of Roosevelt, passed away November 3, 2021, in Roosevelt.
He was born November 6, 1974, in Brigham, to Stanley and Rosie Reese Segay. He married Saraphina Lee Tapoof on February 14, 2004, in Ft. Duchesne.
Olson worked at Smith’s, was a welder for Challengers, and his favorite job was in the deli at Walmart. He enjoyed playing video games, watching movies, camping, fishing, attending the Sundances and Pow Wows, and getting firewood with his father-in-law, Joseph Tapoof. He would often go for walks with his little friend, his dog, “Watson,” and liked to be out feeding and talking to Sara’s brother’s horse, “Toner,” a mustang. He loved especially being with his family and his, nephew, “Little Joe” whom he helped take care of.
Olson is survived by his wife, Sara, of Ft. Duchesne; his furbabies, “Watson,” “Cloud,” “Percy,” “Oz,” “Blue;” his mother, Rosie Segay; siblings, Wilemina Segay, Gary Segay, all of Navajo, NM; Tim (Thomasita) Segay, Blue Mountain, NM; Mary Segay, Navajo, and numerous nieces, nephews, aunts, uncles, and other relatives.
He was preceded in death by his father, Stan; sister, Emily Segay; and his grandparents.
Funeral service will be held on Monday, November 8, 2021, at 10:00 a.m. at the Hullinger Mortuary. There will be a viewing on Sunday from 4:00-6:00 p.m. at the mortuary.
Burial will be in the Ft. Duchesne Cemetery.

To order memorial trees or send flowers to the family in memory of Olson Segay, please visit our flower store.