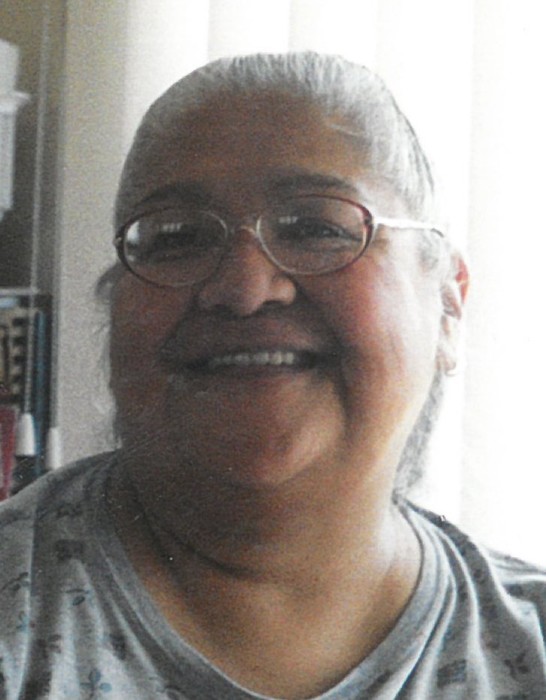 Olivia Prairie Cuch-Houle, age 72 of Belcourt, North Dakota, died June 1, 2018 at her home in Belcourt.
She was born in Valentine, Arizona, to James and Lydia Imus Cuch on October 9, 1945, she was reared in Whiterocks.  She attended Stewart Indian School in Stewart Nevada  in the early 60s, then went on to study nursing in Albuquerque and finished her LPN in Belcourt.  She had been nursing there since 1965, went to get a RN degree in 91 and retired from nursing in 2005.  She met many wonderful people over the years and formed many cherished friendships.
She was married to Patrick W Davis and had two children Gregory and Alaina, they were later divorced. She then married Alan Boyer, and they later divorced. Olivia married the love of her life in July of 1994, LaGoures Houle, and were married until she passed away.
Olivia had several strong friendships forged throughout the years, her dearest friend Delia was more like a sister, and Elizabeth was like a daughter to her.  She cherished each and every relationship, whom she felt were her extended family.  She was generous in nature and had great advice for anyone who needed help. She loved to scrapbook to remember all her favorite memories of everyone she knew. She also liked to quilt and make little gifts for all the special people in her life.
She will be missed dearly by all the people she has touched over her lifetime. She was truly a blessing to have on your side
Olivia is survived by her husband LaGoures Houle; children, Greg, both of Belcourt; Alaina (Larrance), Mandan, ND; grandchildren, Jasmine Youngbear, Belcourt; Alonzo Youngbear, WhiteShield, North Dakota; a brothers and sisters, Casey Cuch, Arizona;  Nadine Auld, Whiterocks; Dennis Cuch, Ft Duchesne; Naomi Cuch, Randlett; and many nieces and nephews from all parts of the country – she loved each and everyone of you.
She was preceded in death by her parents Lydia and James; brothers, Duane, James and Farrell, and a sister Roberta Cesspooch.
A memorial service will be held on Saturday, June 9, 2018, at 11:00 a.m. at the St. Elizabeth’s Episcopal Church of Whiterocks.

To order memorial trees or send flowers to the family in memory of Olivia Prairie Cuch-Houle, please visit our flower store.