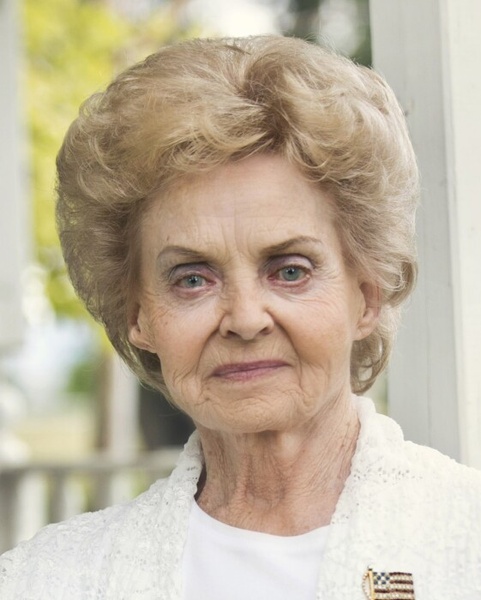 Norma Deane Call Jessen Mitchell, age 93, of Altamont, passed away, Saturday, March 27, 2021 after battling cancer.
She was born July 14, 1927, in Monarch, Utah to Elworth Anson and Myrtle Deane Anderton Call. She was second in a family of seven children. She attended various schools throughout Utah as her family moved quite frequently. She graduated from Roosevelt High School. In her youth she was employed at her father’s radio shop where she tested radio tubes and later at JC Penney’s Department store. After her children were in school she was employed with the US Postal Service for eleven and a half years serving as Post Master.
She met William Dewey Jessen in Roosevelt. After courting they were married May 3, 1947, in Duchesne, Utah at the home of her grandparents, Levi and Rocinda Anderton. Later sealed in the Vernal Temple May 2006. Dewey and Norma made their home in Altonah where they raised five children. They opened their home to others who needed a home or a place to stay. Dewey worked at Calders Creamery, milked cows and together they started their dream of a Herford cattle ranch. Dewey  passed away unexpectedly, April 15, 1972, leaving her with children to finish raising and a farm to run. She gained the strength to do so through her testimony of God, her strong work ethic and the help of her family. She remarried years later to Ned Mitchell. He died December 22, 1999.
Norma was blessed with a beautiful soprano voice which she shared her talent on many occasions. She sang solos, with duets, trios, quartets and choirs. She particularly enjoyed singing with her "Golden Bell" quartet consisting of Rita and Norma Hansen and Lorna Brotherson. They favored many weddings, funerals, community and religious events throughout Utah, with their unique harmony.
Norma served and loved participating in the Church of Jesus Christ of Latter-day Saints. She blessed the lives of many particularly in the Women’s MIA and music programs. She enhanced her incredible musical talent by teaching herself to play the piano. She thoroughly loved her last calling as an organist in the Vernal Temple. Her family was a high priority to her and she encourage each individual member to continue to learn and strive to do their best in all things. She was kind and gracious to all. She is one of America’s greatest patriots. She absolutely loved America and displayed her patriotism by wearing her American flag pin everyday . When it became too hard for her to dress in clothes she proudly adorned her housecoat with the treasured symbol.
She is survived by her children, Dewey Mac (Cynthia) Jessen, Altonah; Douglas C. (Julie) Jessen, Talmage; Connie Deane (Brent) Holgate, Altonah; Deborah Jean (Calvin) Potter,   Talmage; son in-law, Dixon P. Reisbeck, Layton; sister, Beth Jessen, brothers, Eric, Lee & Lynn Call; sister-in-law, Bonnie Lee Brotherson; twenty two grandchildren, sixty-nine great-grandchildren, and seventeen great-great-grandchildren.
Norma was preceded in death by both husbands, her parents, sisters, Joyce Craig and Dorthy Call; daughter, Judy Reisbeck, son-in-law, Larry McKee and a grandson, Jody Mac Jessen.
Norma's family would like to thank Ann Zufelt, and also the UBH Hospice nurses Channa, Harmony, Heather and Karina for their kind compassionate care of our mother.
Funeral services will be held Friday, April 2, 2021 at 1:00PM at the Altamont LDS Stake Center of the Church of Jesus Christ of Latter-day Saints with visitations  from 11:45- 12:45PM and Thursday night from 6:30PM - 8:00PM. Interment in the Altamont Cemetery.
Condolences may be shared at www.hullingermortuary.com

To order memorial trees or send flowers to the family in memory of Norma Jessen Mitchell, please visit our flower store.