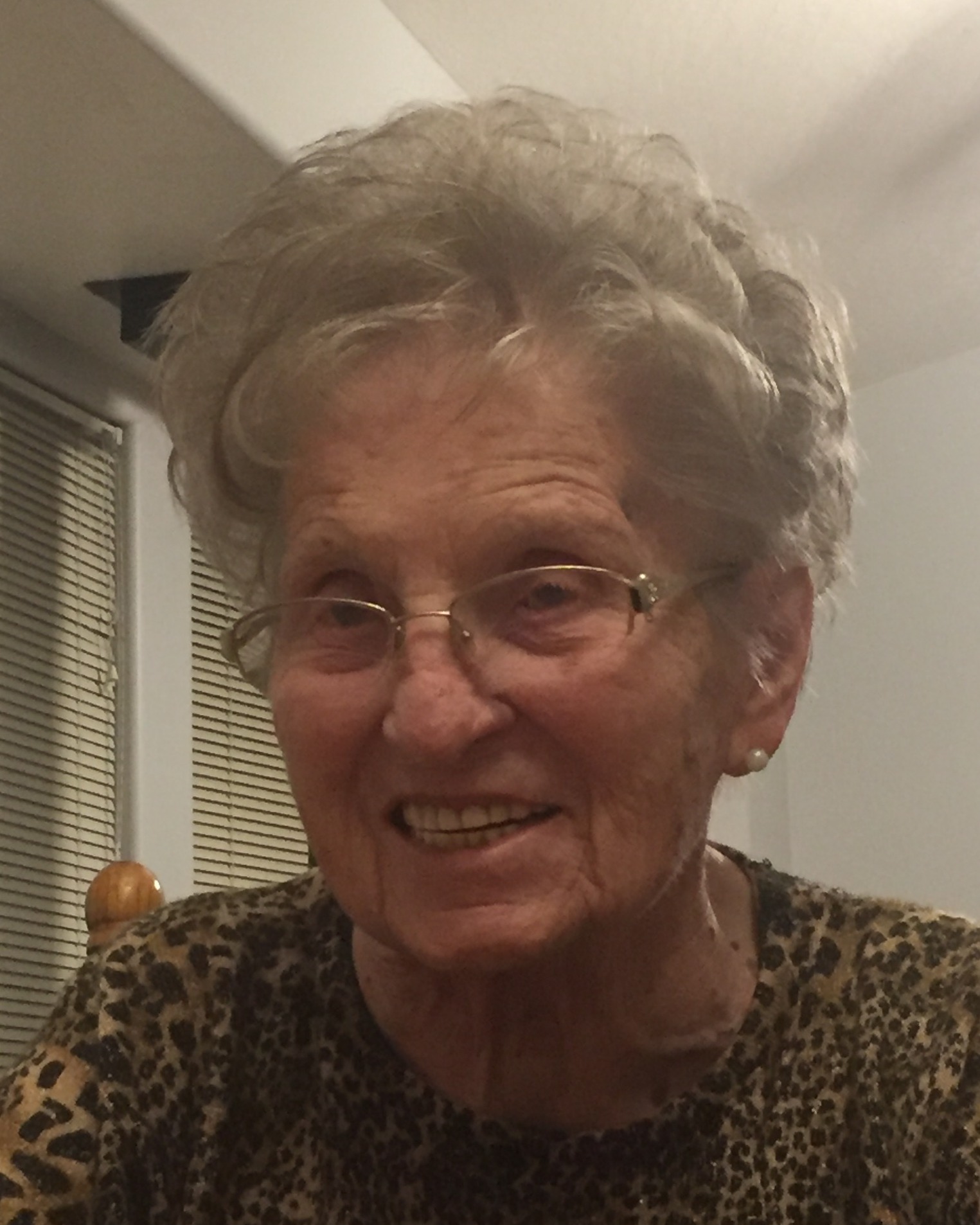 The funeral will be live-streamed and can be viewed here.

As the storm blew in on December 5, 2022, and the snow fell to the earth covering it in such glistening beauty, our sweet beautiful Mom and Grandma, Pieternella Clazina “Nell” Naef, age 97, (just thirty-two days shy of her 98th  birthday), of Vernal and Salt Lake City, found this to be her time to go. She was surrounded by family, love, and honor, and was at peace with all. She left from her caring granddaughter, Jaime Wabel’s, home after being lovingly cared for there for the last seven years.
Nell was born January 6, 1925, in Rotterdam, Netherlands, to Pieter Adrianus Bras and Maria Louisa Theresia Gonlag. There she was raised and helped run her father's butcher shop, she was very good with math. When her father was wrongfully sent to a concentration camp during the war, she was the one who ran the store until his release with her help. She also worked as an elementary school teacher.
She married Arie Liefting on July 14, 1948, in Rotterdam, and had two children, Johanna Theresia Blanche, and Daniel David Liefting. Around that same time, she found the gospel of Jesus Christ and soon joined the Church of Jesus Christ of Latter-Day Saints. This was the start of a great legacy of members of the church. She and Arie, and their two children, immigrated to the United States in 1953 and settled in Salt Lake City, Utah. She worked as a housekeeper for five years, and then went on to work at Sweet Candy Company, retiring at the age of 83.
Arie died April 30, 1990. It was then in 1993, that she met and soon married the love of her life, Seymour Naef on November 23, 1993. She then gained three step-children, Maud Mary, Debbie, & John. They all adored Nell and the love the two of them had. Seymour passed away on April 12, 1998.
Nell was a pillar in her family with a strong testimony of the gospel. She served in many callings in the Liberty 8th  Ward. She was a faithful member, holding positions as Relief Society President, Young Women's President, Primary President, Chorister, and ministering sister as well as many more. She also enjoyed her time after retirement serving in the Salt Lake Temple as an ordinance worker.
Nell was always so fit and active, she loved her plants and had a way of keeping them going well beyond their seasons. She was a loving and caring mother and grandmother, who supported her family in all they did. Her positive outlook on everything will be deeply missed. “Grandma, we love you.”
Nell is survived by her daughter, J. Th. Blanche (John) Weteling, son, D. David Liefting, both of West Valley City; grandchildren, Jaime (Bryan) Wabel; Christy (Stan) Bone; Michael (Stephanie) Weteling; Julie (Dan) Mulholland; Scott (Mary) Liefting; Chad Liefting; Todd Liefting; Nick (Whitnee) Liefting; 22 great-grandchildren; 5 great-great-grandchildren; and many nieces and nephews.
She was preceded in death by her two husbands, Arie & Seymour; daughter-in-law, Kaye Liefting; two great-grandchildren, Reagan & Jonathan Mulholland; a brother Pieter Bras, and a sister, Agnes (Leen) Verschuuren.
The family wishes to thank two of her incredible hospice nurses & aides; Paula Sargent, and Feliza Bauerkemper for the wonderful care they gave to Nell.
Funeral Services will be held on Monday, December 12, 2022, at 12:00 noon at the Hunter 11th, Ward Chapel in West Valley City, 5065 W Janette Ave. There will be a viewing that morning from 11-11:45 a.m. at the church.
Burial will be in Redwood Memorial Estates, 6500 S Redwood Road.

To order memorial trees or send flowers to the family in memory of Nell Naef, please visit our flower store.