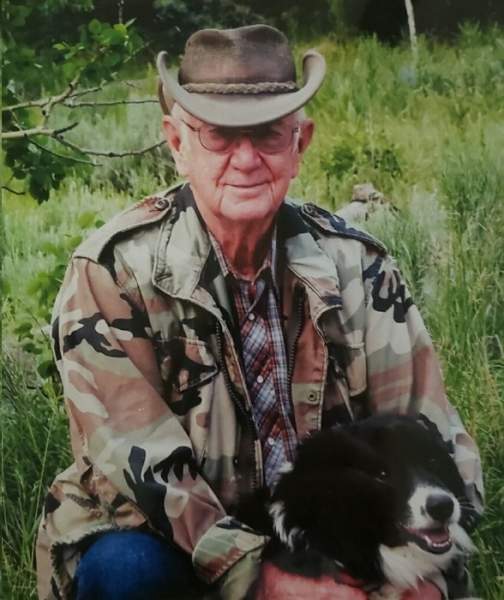 Neldon Iowa Hacking, age 81, beloved husband of Karen Hacking, died July 1, 2019 at his home in Roosevelt, after a short battle with cancer.  His family was by his side.
He was born February 4,1938 in Vernal Utah to Iowa Clive Hacking and Lucy Smith Hacking. He was the third of four children.  Neldon's siblings include Gayla Duke, Lorin Hacking (deceased), and Lela Van Duren.
He grew up as an avid outdoor person.  He loved hunting, fishing, and camping!
He graduated from Uintah High School in 1955. He attended BYU, and graduated from Central Utah Vocational School.
He married Mona Kaye Limb on June 3, 1961. They were sealed in the Manti Temple.  She died June 17, 2008. They had three children, Brian, Michael, and Christina. He married Karen Jacobs Shelley Hacking on November 27, 2009, in the Manti Temple for time.
He served in the US Army (SPC-05). He was a combat engineer radar technician. He was also a sharp shooter  on the US Army pistol and rifle team for two years.
He was an independent business owner of two way radio communications and operated cellular systems. He was a systems supervisor with US West/ New Vector and worked with Motorola and Vodaphone.  Neldon finished his career as a project manager at Verizon.
His interests included hunting with rifles, pistols, and archery. He also loved to fish and enjoyed car racing. His absolute loves were his horses and dogs. He liked the saying, “To fly just take hold of the reins.”  He loved all his special Arabian horses and loving dogs.
He was an active member of the Church of Jesus Christ of Latter Day Saints holding various callings. His most recent calling was teaching at Parkside, which he enjoyed very much.  He also worked at the Vernal Temple for 2 ½ years.
One of his favorite sayings was “Do not go where the path may lead, go instead where there is no path  and leave a trail.”
Neldon stayed very busy, he was never idle. He was always learning something new, always creating, building, studying, researching new projects. He was very smart and loved to keep his mind active. He was a very sweet, patient, loving man who didn't speak an unkind word.
He is survived by his wife, Karen Hacking, Roosevelt; children, Brian Hacking, Salt Lake City; Michael Hacking, American Fork;  Christina Jennie Hacking, Cedar City; his two grandchildren, Rose Hacking (Fabin Francis), and Jasmin Taylor Hacking.  He is also survived by his two great grandchildren, Eli and Jacob, step children, Richard (Julene) Shelley, St. George; Jayne (Layne) Miles, Altamont; Heather (Derrin) Owens, Fountain Green; Meri (Shane) Jenson, Roosevelt; Becky (Kevin) Christensen, Mesa AZ; Joe (Stacy) Shelley, Spanish Fork; 22 step grandkids, and 7 step great grandkids.
He was preceded in death by his first wife Mona, his parents, and his brother Lorin Clive Hacking.
Funeral services will be held on Friday, July 5, 2019 at the Roosevelt West Stake Center at 1:00 p.m.  Viewings will be held at the Hullinger Mortuary on Thursday, from 6:00 -7:00 p.m. and Friday at the church from 11:30 - 12:45.
Burial will be on Saturday at 11:00 a.m. at the Mountain View Cemetery in Beaver,  where he will buried by his loving wife Mona Kaye Hacking.  Military honors will be presented.

To order memorial trees or send flowers to the family in memory of Neldon Hacking, please visit our flower store.