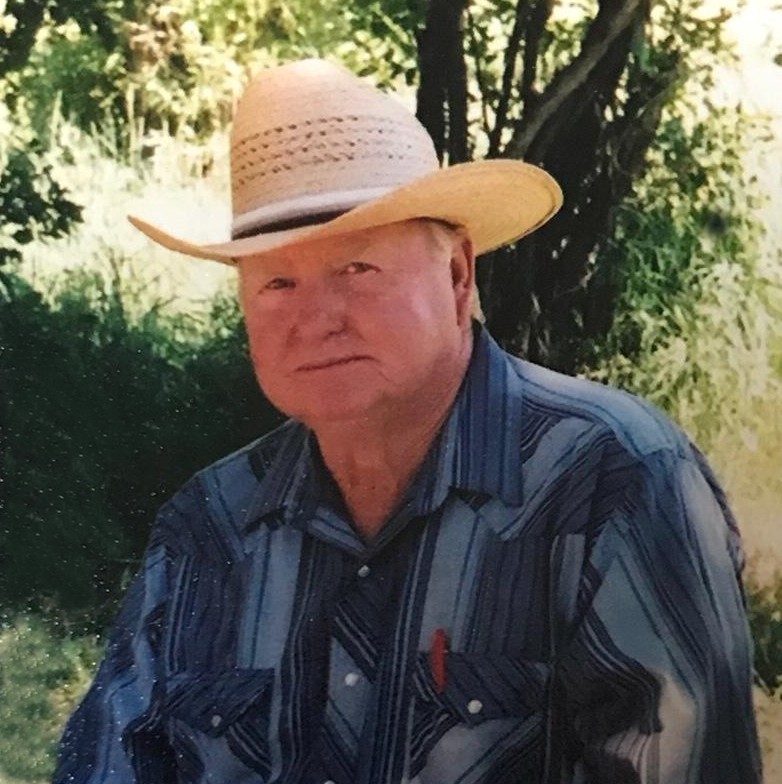 Neil “Red” L Redford Sr, a very loving husband, father, grandfather, brother, uncle and friend passed away June 2, 2019 at the age of 87 at his home in Tabiona with his loving wife and family by his side.
Neil was born on September 22, 1931 in Talmage, Utah to Marie Helen Larsen and James William Redford Sr. Neil graduated from Duchesne High School in 1950 and later joined the US Navy. He loved serving his country but what he loved most was his family. While in the Navy he met his loving wife Sarah Elizabeth Neely they got married on October 22, 1953 in South Carolina. Sarah never called him Neil she always called him Red a nickname he got in the Navy. They lived there a few short years, then Neil packed up his family and moved back to Utah.
Neil’s whole life was his family and their happiness. Neil always had a love of horses and he wanted his children to share in that love. He was a leader of the Jr. Posse in Roy, UT and was involved in helping his children and others ride in the rodeo directing each team. He always led the Roy posse and rode in the 4th of July parade in Ogden, UT and 24th of July celebration carrying big flags, he also was the leader of the mountain trail rides. He loved taking his family on camping and horse riding trips. He enjoyed hunting and fishing with his brother James. He enjoyed playing basketball. He played basketball while in the Navy and reffed and played church ball and loved to have his family watch him play. He loved watching the Utah Jazz and any western he could find.
In his younger years of marriage he was a carpenter and worked with his brother building houses on the wasatch front along with being a farmer. He also was a custodian for the Church of Jesus Christ of Latter Day Saints for many years. In 1980 he moved his family to Tabiona, UT or in his words “God’s Country” where he raised hogs, sheep, cows and we can’t forget horses. He loved his Palomino horse Pal and loved raising his hogs. Neil had such a deep love for his wife and family, he was the most unselfish man and would do anything for anyone. He used to say he might not have much in material things but he was rich with the love of his family. He had 8 children, 30 grandchildren, 79 great grandchildren, and 1 great great grandchild.
Neil is survived by his loving wife of 65 years Sarah Redford and his children Marty (Steve) Deru, Evanston, WY; Robin (Jim) Braddock, Layton, UT; Terry (Lee) Quillinan, Evanston, WY; Shirley Robinson, (Mike Jeter) Duchesne, UT; Kathy (Gary) Thompson, Bear River, WY; Mindy (Travis) Clegg, Duchesne, UT. Neil is preceded in death by his sons Neil Larsen Redford Jr., David William Redford Sr., grandsons Bobby Braddock, and Neil Larsen Redford III, and great grandson Memphis Redford.
Funeral services will be held on Saturday, June 8, 2019 at 11:00 a.m. at the Tabiona Chapel of the Church of Jesus Christ of Latter day Saints where a viewing will be held from 9:30-10:45 a.m. Burial at the Tabiona Cemetery with military honors presented by the Duchesne American Legion and the Patriot Guard Riders.
The family requests in lieu of flowers please donate to help with funeral expenses to Hullinger Mortuary.
Dad we love you. Go ride your Pal until we see you again.

To order memorial trees or send flowers to the family in memory of Neil Larsen Redford, Sr., please visit our flower store.