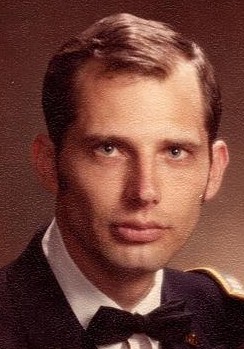 MILTON HUGHES
Milton Donald Hughes, age 67, of Tridell, passed away July 23, 2019, at his
home.
He was born December 13, 1951, in Salt Lake City, to Donald Ormond and Twila
Marie Wilson Hughes. He served a mission for the Church of Jesus Christ of Latter-day
Saints in Italy. After graduating with honors from BYU, he received a commission in the US Army. While he was stationed at Camp Darby in Livorno, Italy with the
military, he met Sara Tonci. They were married on May 22, 1982, at his parents home in Layton, Utah. She died July 17, 2016.
Milton’s career was as an intelligence officer in the United States Army. He was stationed all over the world and retired as a Lieutenant Colonel after 26 years of service. He then worked in intelligence as a civilian for the Department of Defense for 10 years. In his spare time, he enjoyed fishing, reading, and spending time with family.
Milton is survived by his children, David I. Hughes, Tridell; Linda S. Hughes
(Virgil King), Vernal; Barbara A. (Nicholas) Dwyer, Tridell; Christine Hughes, Vernal;
grandchildren, Abram, Adelina, Corradina, and Silas Dwyer, with one on the way; and  Lydia King; his mother, Twila Hughes, Layton; siblings, Steven Hughes, West Valley; Jeanne (Mark) Joseph, Marie Hughes, both of Layton; and many nieces and nephews.
He was preceded in death by his wife, Sara, and his father, Donald.
Funeral services will be held on Monday, July 29, 2019, at 11:00 a.m. at the Tridell Chapel of the Church of Jesus Christ of Latter-day Saints where a viewing will be held from 10-10:45 a.m.
Burial will be in the Tridell Cemetery with Military Honors presented by the Roosevelt American Legion.
In lieu of flowers, consider making a donation to offset funeral expenses using the "Appeal for Donations" button to the left.

To order memorial trees or send flowers to the family in memory of Milton Donald Hughes, please visit our flower store.