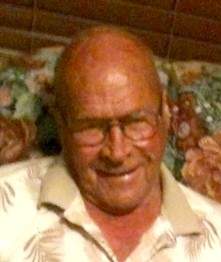 Milfred H Unruh, age 94, of Ballard, passed away peacefully Wednesday, July 31, 2019 at the Vernal Care Center.
He was born June 17, 1925 into the Mennonite family of Henry P and Anna Koehn Unruh on their farm outside of Galva, KS he was the fourth of ten children.  He married Mary Halfhill in 1944 and they were together for 69 years before she passed away on October 30, 2013.
He was an Army veteran of WWII where he served in General Patton’s 3rd Infantry and was part of the US forces that marched into Berlin, which ended the war in Europe.
A man of many talents, he farmed in Kansas and also worked in the oil field industry for 40 years. The oil field work took him to many different places including Colorado, Utah, and the North Slope of Alaska.  He retired in 1987 and remained in Uintah County until his death.  When asked why he stayed he told the family with a twinkle in his eye that he was just “too tired to move”.
An avid collector of classic and muscle cars he spent his time finding and restoring vintage vehicles, selling the ones he could bear to part with.  Always a farmer at heart he enjoyed his later years gardening and improving his property or tinkering in his workshop.
He is survived by his five children, daughter, Linda Unruh Webb, and sons, Terry (Faith), Earl (Janice), Gordon (Beverly), and Everett Unruh; three sisters, Verbie (Norman) Koehn, Dorothy (Dale) Koehn, and Irene (Melvin) Schafer; 15 grandchildren and 16 great grandchildren and numerous nieces and nephews.
Preceding him in death was his loving wife Mary, his parents, four brothe, Clayton, Glenn, Wilmer, and Howard Unruh, two sisters, Sadie Bec, Bernice Ratzlaff, son-in-law, Curtis Anderson, daughter-in-law, Leila Ames Unruh, and grandsons, Brian and James Unruh.
He will be greatly missed but always remembered as a loving husband, father, and grandfather.
The family would like to express our deepest thanks and gratitude to the kind and patient staff at the Vernal Care Center.  They became like family and made his last days brighter.
Funeral services will be held on Monday, August 5, 2019 at 11:00 a.m. at the Hullinger Mortuary.  Viewings will be held on Sunday evening from 5:00 - 7:00 p.m. and Monday 1 hour prior to the service.
Burial in the Roosevelt Memorial Park with military honors presented by the Roosevelt American Legion and the Utah National Guard.

To order memorial trees or send flowers to the family in memory of Milfred Unruh, please visit our flower store.