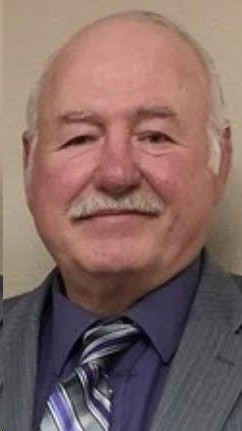 PLEASE NOTE THAT THIS OBITUARY HAS BEEN PLACED ON OUR WEBSITE AS A COURTESY TO THE BAKER FAMILY.  HULLINGER MORTUARY IS NOT HANDLING THESE SERVICES.

Mike Thomas Baker, age 67, lost his battle with cancer on Friday, January 29, 2021 at home in West Jordan with his loving wife Toni by his side. He fought the battle as hard as he could until the end.
He was born November 24, 1953 in Van Nuys California to Diane & Tom Baker. He married Erleen Marshal and they later divorced. He married Toni Marie Zufelt in 2010.
Mike was a mechanic by trade. He loved cars and anything to do with cars. He raced cars in his younger years. He was a collector of everything just in case he would need it. He loved guns and shooting with his family, he liked being outdoors and going camping. He loved his family and his kids were his best friends. He was very friendly and enjoyed visiting with everyone he saw whether he knew them or not. He was baptized as one of Jehovah’s Witnesses in 2014.
He is survived by his wife, Toni Marie Baker, children, Kimberly (Greg) Baker, Sacramento, California; Shawn (Lorie) Baker, Chico, California; Heather (Carl) Miller, Vernal Utah; Brandi (Patrick) HuiHui, Elk Grove, California; and in Erleen’s and Mike’s big hearts they adopted 3 grandchildren and raised them as their own, they are Savanna (Josh) Baker, Ogden, Utah; Patrick (Svetlana) Baker, Ogden, Utah; Leilanie (Francisco) Baker, Ogden, Utah. He has 23 grandchildren and 11 great-grandchildren. He is also survived by his siblings, Brett (Heidi) Baker, North Highlands, California; Brenda (Buzz) Clark, Bass Lake, California; Lisa (Steve) Cook, Rancho Cordova, California; Wendy (Terry) Jessen, Sumter South, Carolina.
He was preceded in death by his parents Diane and Tom Baker.
Per his wishes, he was cremated.

To order memorial trees or send flowers to the family in memory of Mike Thomas Baker, please visit our flower store.