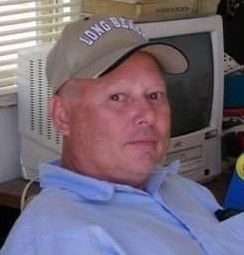 It is with the saddest regret that we announce the death of our son, brother, husband, father grandfather and friend, Michael Robert Birrell. He passed on from this earthly life into the loving arms of our Lord Jesus Christ on December 28, 2020 at the age of 61 after fighting a hard battle with liver and kidney failure. He was surrounded by loved ones who will continue to honor his legacy and continue to rejoice in their memories.
He was born October 17, 1959 in Salt Lake City to Robert and LaRee Birch Birrell.
Mike completed his Bachelor’s degree at the University of Utah and went on to teach children with disabilities. He also worked for GI Trucking and later for Family Dollar and The Ute Restaurant.
He was a strong hearted man, served our country proudly for 17 years as a Captain in the United States Army, married the love of his life Barbara and together they raised a beautiful family.
The simplest pleasures in life brought great joy to Mike. He was a Master Woodcarver, he designed, created and carved beautiful scenes on gunstocks. He was also an avid hunter, fisherman and camper and found incredible beauty in the outdoors.
He is survived by his wife, Barbara, his 3 children, Desi Rae and partner Susan, Amberlee and husband Johnny and his son Brett. His grandchildren, Katerina, Nathan, Issac, Landen and Ryker. Also survived by his mother LaRee, brothers and sisters Gary, Janice, Rick, Laura and Diane, his best friend Doug and his loyal and loving dog, May.       He was preceded in death by his father Robert Birrell, daughter Lisa Marie and grandson Max Day.
He will be deeply missed by his family, friends and all who knew him.
Memorial service will be held on Saturday, June 5, 2021, at 11:00 a.m. at the Hullinger Mortuary.  Military Honors will be presented  by Roosevelt American Legion and the Patriot Guard Riders immediately following the service.

To order memorial trees or send flowers to the family in memory of Michael Robert Birrell, please visit our flower store.