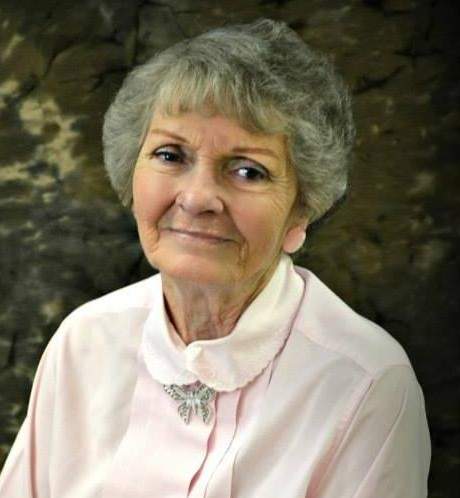 May Ellison, age 82, of Roosevelt, passed away April 24, 2019, at the Uintah Basin Sr. Villa.
She was born March 16, 1937, in Ulysses, Kansas, to Arthur and Ruby Hampton Howard.  She married Bill Ellison, and they later divorced.
May worked in her early years for the Ute Tribe and then as a secretary at AT&T Telephone Company.  Because she was on her own while raising her children, she held various other jobs, and was always a very good provider for her family.  She attended the Roosevelt Baptist Church, and her favorite pastime was working in her yard.
May is survived by her children, Sherry (Hal) Blanchard, Roosevelt; Bill Ellison (Carol Preston), Grand Junction; Robert (Anita) Ellison, Barge Town, Kentucky; grandchildren, Bradee Blanchard, Teaque and Byron Smith, Jana and Samuel Saint Louis; 7 great grandchildren, siblings, Bessie (Ray) Smith; Mary Lou Martin, Eugene Howard, Ronald Duane Howard and Richard Lloyd Howard, and numerous nieces and nephews.
She was preceded in death by her parents and siblings, Clifford Lee Howard, Charles Raymond Howard, Johnny Neville Howard, Kenneth Gerald Howard and James Leroy Howard.
Per her wishes, she was cremated.
Condolences may be shared at www.hullingermortuary.com

To order memorial trees or send flowers to the family in memory of May Ellison, please visit our flower store.