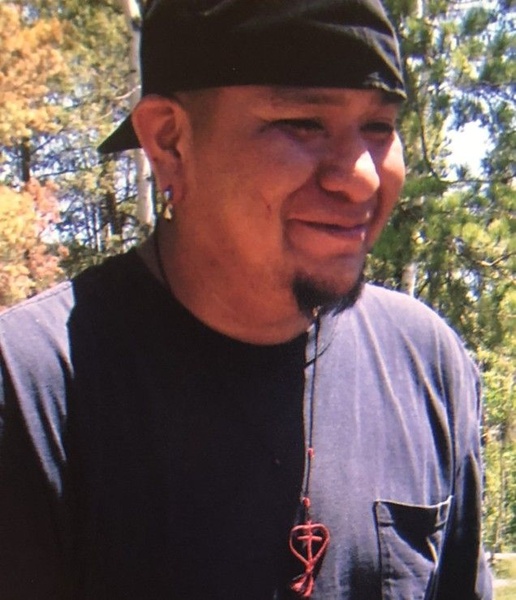 Marvin James Redfoot, Jr., age 45, of Cedarview, passed away January 10, 2022, at the Uintah Basin Medical Center after a long illness.
He was born September 7, 1976, in Roosevelt, to Marvin James Redfoot, Sr., and Carlee Nephi.
Marvin worked for the Ute Tribe Headstart in maintenance and with the fish and wildlife roundup. He enjoyed fishing, hunting, being in the mountains, camping, playing video games, and listening to music. He was a good cook and liked trying different foods. He enjoyed traveling, having a good time and spending time with his other family. He was a good man when he wanted to be and helpful to others. In his younger days, he used to race BMX and dirt bikes. He had a crazy sense of humor and loved being around his girls. He was a Sundancer.
Marvin is survived by his children, Symphony Redfoot, Randlett; Brandon Redfoot, Salt Lake City; Matthew (Nicole) Redfoot-Checora, Vernal; Alexandra & Robin Redfoot, both of Whiterocks; Lena Redfoot, Randlett; 7 grandchildren; a sister, Deljean Redfoot, of Washington state; a brother, Antonio “Nico” Redfoot; and numerous aunts, uncles, cousins, nieces, nephews and other extended family and friends.
He was preceded in death by his parents; a brother, Jimmy Redfoot; and his grandparents.

To order memorial trees or send flowers to the family in memory of Marvin James Redfoot, Jr., please visit our flower store.