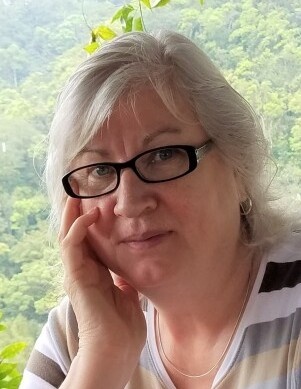 Marsha Lynn Beal Phelps, age 71, passed peacefully from mortality in the early morning of Monday, May 24, 2021, in Tucson, Arizona with her daughter Rebecca by her side.  She had been hospitalized since April 29th with bacterial meningitis.
Marsha was born May 8, 1950, in Roosevelt, Utah, to Austin Alma and Alice Dean Beal.  She lived as a child in Bridgeland, Utah, and later moved with her parents to Salt Lake City, Utah.  She finished her education there and met her husband, Richard Phelps, while attending the University of Utah.
Marsha was an extraordinary person who led a life of compassion, love, and service to many.  She chose to spend the past fifty years with her husband, Richard, and to be his eternal companion.  She spent twenty-one of those years as an Air Force wife, one of the toughest jobs – living in five states and two foreign countries before settling in Tucson.  Along the way, she raised five wonderful, honorable, children who gave her ten amazing grandchildren to dote upon.
Marsha touched, lifted, and healed hearts in her home, her children’s homes, and in the homes of others from Japan to Germany and from Idaho to Indiana.  She was a member of the Church of Jesus Christ of Latter-day Saints where she served in numerous capacities, including Young Women’s president and three times as ward Relief Society President.  For the past five-and-a-half years, Marsha served as the president of the Tucson East Stake Relief Society.  She was a very talented artist and she taught many her skills.  She kept a beautiful home and yard.  She loved flowers.
Marsha is survived by her husband, Richard; her five children, Allen (Kris), Daniel (Katie), David (Derrelyn, Rebecca and Stephen; ten grandchildren, Connor, Ella, Emlie, Owen, Eva, William, Austin, Jerry, Samantha, and Asher; siblings, Nancy Gilbert, Nelda Mecham, Clarence (Gwen) Beal, Larry (Gwen) Beal, Joyce Fisher, Janis (Danny) Manning.
She was preceded in death by her parents; brothers, Keith & Dean Beal; uncles, Glenn Mecham, LeGrand Gilbert, Max Fisher; a niece, Debra Beal; nephews, Jeffrey Beal, Lynn Gilbert, and Ricky Street.
Funeral services were held in the Tucson, Arizona East Stake Center on Tuesday, June 1, 2021.  A graveside service and dedication will be held at the Altamont Cemetery on June 5, 2021, at 11:00 a.m.

To order memorial trees or send flowers to the family in memory of Marsha Lynn Phelps, please visit our flower store.