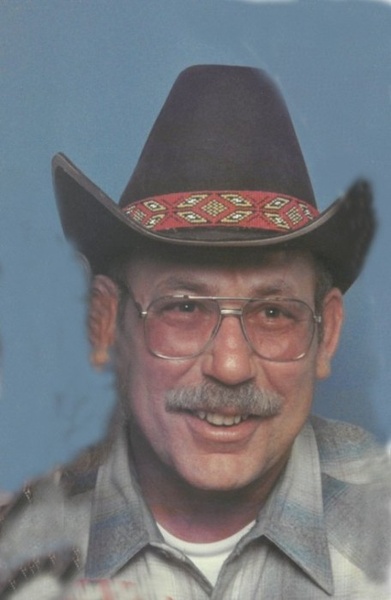 Mark T Hackford, age 78, of Lapoint, passed away October 1, 2018 at the University of Utah Hospital with his family by his side.
Mark was the youngest of 14 children, born August 11, 1940 in Lapoint to George and Sarah Van Hackford.  He married Bonnie Richardson on March 12, 1960.
Mark served in the Army during peace time and learned to be a welder.  He was a wonderful guitar player and always had it close, even as a young boy.  He played music with many bands the last was with the Country Gentleman.  Mark was a family man, he delighted in spending time with each of them.  His wife, children and grandchildren were the most important thing in his life.  He organized the Hackford family reunion for many years and loved spending time with aunts, uncles, nieces, nephews, and cousins.
He is survived by his wife, Bonnie Hackford, Lapoint; sons, Rick, WVC; Alan (Lisa) Hackford, Lapoint; Joseph Shay Hackford, Lapoint; daughters, Kathy (Doyle) Clark, Gusher; Lana (Corey) Murdock; Ft. Duchesne; Linda Hackford, WVC; siblings, Clora Whitehead, Calva Lebaron, Lapoint; Calvin (Louise) Hackford, 15 grandchildren, 32 great grandchildren and 3 great great grandchildren.
He was preceded in death by his parents, siblings, Doc Van, George, Elmer, Cliff, Dick, Selma Christensen, Verna Lopez, Idessa Reber, infant sisters, Elizabeth and Edvarda, sons, Bradley, and Mark C. grandchildren, Erica Richens, Michael Arrowchis Jr., and great granddaughter Jakoya Kimball, and son-in-law, Bill Whitehead.
Funeral services will be held on Saturday, October 6, 2018 at 11:30 a.m. at the Roosevelt Baptist Church.  A viewing will be held that morning from 9:30 - 11:15 a.m.
Burial in the Tridell Cemetery with military honors presented by the Roosevelt American Legion, Utah National Guard and the Patriot Guard Riders.

To order memorial trees or send flowers to the family in memory of Mark Hackford, please visit our flower store.