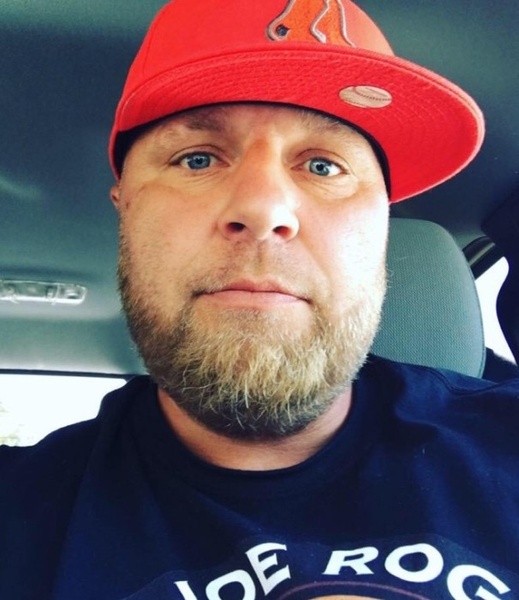 Mark Rollo Brinkerhoff, age 44, of Roosevelt, passed away April 19, 2019, at his home.
He was born February 9, 1975, in Gunnison, UT, to Rollo Charles and Carol Turner Brinkerhoff.  He graduated from Union High School in the Class of 1993.  He served a mission for the Church of Jesus Christ of Latter-day Saints in Carlsbad, California.  When he returned from his mission, he moved to St. George, spending about 15 years where he gained countless friends that turned into family. In 2011, Mark moved back home to the basin where he worked at C& S for several years before going to work at Outlaw Engineering.
Although Mark had no human children, he had his seven year old bulldog, Irvin, who was very much his child.  Mark not only cooked meals for himself, but for Irvin too.  Mark took Irvin for a nightly walk and truck ride because he claimed Irvin wanted both.  It wasn’t Mark’s world that Irvin lived in, it was Irvin’s world that Mark lived in.  Irvin was Mark’s pride and joy.
Mark’s life also revolved around sports.  If there was a Cowboys, Redsox, Jazz, or Celtics game on, that was always a priority.  Watching sports wasn’t just a hobby, it was a way of life!
Mark had such a big personality, always crackin’ jokes and teasin’ about something, but would make it all OK with a great-big-pick-you-up-off-your-feet hug.  He had so much love for everyone around him.  He was that guy that always made everyone feel special.
Mark is survived by his mother, Carol; sisters, Denise (Jason) Yazzie, Neola; Lesa (Dennis) Duncan, Roosevelt; Joyce (Patrick) Newberry, Roosevelt; Judy (Brandon) Jarman, Vernal; nieces, Kayla Jack, Jaden Yazzie, Braxton (Jake) Daniels, Morgan (Cordel) Miles, Rylee Newberry, Kabree Duncan, Kenadee Duncan; nephews, Gage Bolton, Jaxon Duncan, Treycen Jarman, Cholton (Tiara) Jarman, Teran (Mercedes) Jarman; 6 great-nephews, Porter, Kenyon, Bronx, Karter, Jaceson, Jaxton, and great-niece, Alix.
He was preceded in death by his best friend, Irvin Dog; his dad, Rollo Brinkerhoff; grandparents, Bliss and Nina Brinkerhoff; Geneve and Garn Turner; and nieces, Karlee & Kelsie Jack.
Funeral services will be held on Friday, April 26, 2019, at 11:00 a.m. at the Grace Events Center, 1024 US Highway 40.  Viewings will be held at the Center on Thursday from 6-8 p.m. and on Friday from 9:30-10:45 a.m.
Burial will be in the Roosevelt Memorial Park.

Because Mark wasn't a "dress up" kind of guy, the dress code for the funeral is casual.

To order memorial trees or send flowers to the family in memory of Mark Rollo Brinkerhoff, please visit our flower store.