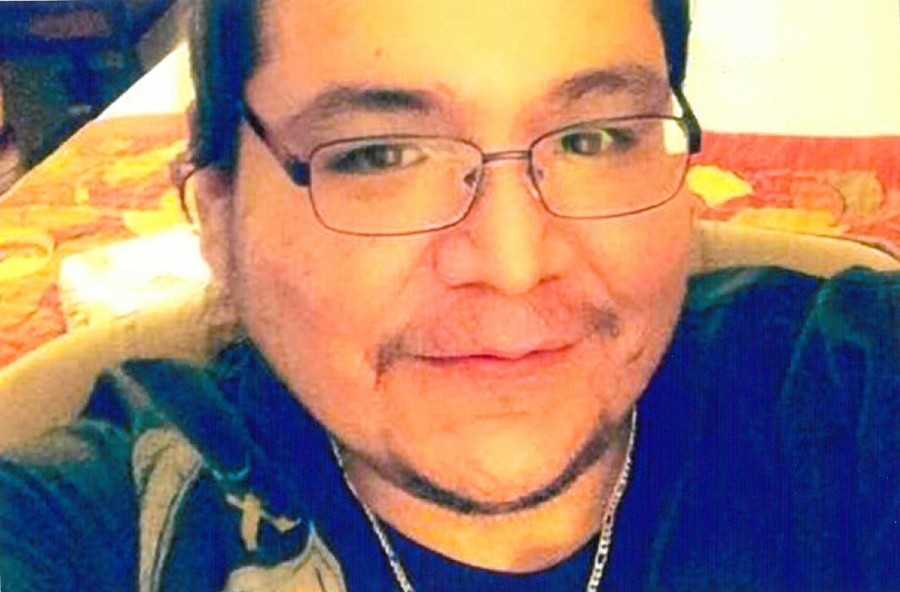 Mario Ferris Tom, age 33, of Roosevelt, passed away March 3, 2018, at his home.
He was born February 7, 1985, in Roosevelt, to Glenn Tom, Jr., and Paulette Frances Navanick.
When he was a little boy, he lived in Ft. Duchesne then moved down to Randlett to reside.  He joined the Job Corp in Clearfield.  He worked at the seniors department for the Tribe as an assistant cook.
Mario was a fun-loving guy who was very outgoing and liked to hang out with his friends and his pets..  He never said “No” to anyone or anything.  He enjoyed traveling, going to Sundances, camping, and fishing.
Mario is survived by his mother, Paulette Navanick, Roosevelt; father, Glenn (Hilda) Tom, Jr., Whiterocks; brother, Andrew Eugene Tom, Randlett; nieces and nephews,, niece, Timberly (Tom) Trujillo, all of Indian Bench; Lemuria B. Tom, Angel B. Tom, Draxton B. Tom  and numerous nieces, nephews, cousins, aunts, and uncles.
He was preceded in death by his brother, Dennis Ferris Navanick, aunt, Miranda Navanick, grandparents, Glen Tom, Sr., Virgil Navanick, Genevieve Williams Navanick Alhandra and uncle Lawrence Tom.
Funeral services will be held on Thursday, March 8, 2018 at 10:00 a.m. at the Randlett LDS Chapel.
Burial in the Randlett Cemetery.

To order memorial trees or send flowers to the family in memory of Mario Ferris Tom, please visit our flower store.