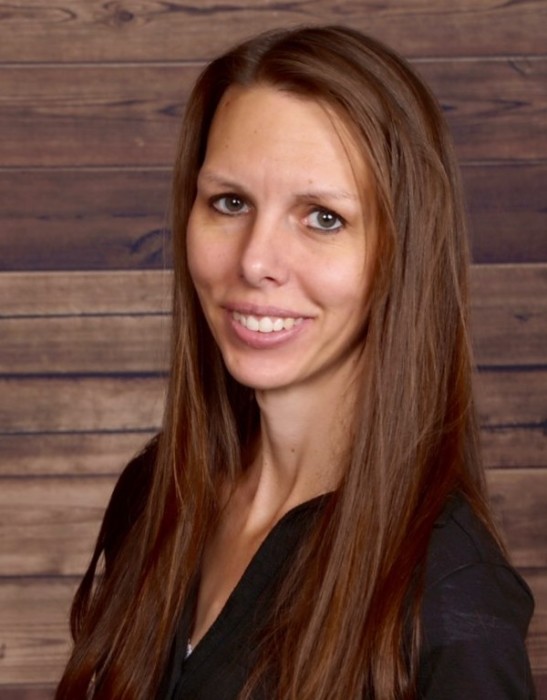 Marcie Dawn Wood Slaugh, age 39, returned home to her Father in Heaven April 11, 2019.
Marcie was born on April 8, 1980 in Roosevelt, the fourth of six children born to Kirk Jay & Rona Shepherd Wood.  She brought an added measure of love into the home and shared that love with others throughout her life.
When Marcie was nine years old, she battled Viral Encephalitis.  The illness left its mark on her body and mind.  She lost her short-term memory, developed Scoliosis which required placing rods in her back, and was plagued with seizures that recently became more frequent.  Even though her life was full of difficult challenges, Marcie always kept a positive attitude filled with love for her Father in Heaven for the many blessings she received throughout her life.  She never complained and always strived to help everyone around her regardless of how well she knew them.  Her loving attitude has been a shining example to countless people throughout her years.  Because of her seizures Marcie was unable to drive and had to rely on others to provide her with transportation.  She was very humble and appreciative of everything people did for her.
Marcie graduated from Union High School in 1998 where she was very active in the Roosevelt FFA Chapter and served as Chapter Reporter and Vice President.  She loved attending FFA activities and made friends wherever she went. She enjoyed toll painting, outdoor activities and chatting with anyone.  She was very friendly and out-going, and could strike up a conversation with anybody.  On several occasions she had been caught in a very long and animated conversation with someone and when asked who that person was she would state that she did not know, they had only just met.
In the summer of 2001, Marcie met her husband, Eric J Slaugh, from Lapoint. They were married and sealed together in the Salt Lake City Temple and made their first home in Vernal.  In 2004, Eric joined the Air Force and they began their moving adventures together.  They have lived in Texas, Florida, New Mexico and currently reside in Wellington, Colorado.  Even though the odds were against them, because of Marcie's medical back ground, Eric and Marcie were able to bring three beautiful and healthy children into this world.  Many people close to Marcie have considered this and most of her life to be an absolute miracle!
Marcie is survived by her husband of 17 years, Eric J Slaugh; her children Skyler, Tyson, and Kylee; her parents, Kirk and Rona Wood, Far West, UT; siblings Ryan Jay (Melissa) Wood, Nibley, UT; Cami Kay (Cory) Rasmussen, West Haven, UT; Angie Lyn (Matt) Shaddle, Boise, ID; Jay Dee (Teri) Wood, Harrisville, UT; Jonathan Ray Wood, Salt Lake City; parents-in-law John R. and Charlotte Slaugh, Lapoint; Eric's siblings, Annette (Randy) Allred, Lapoint; Dee (Candice) Slaugh, Lapoint; Chris (Katie) Slaugh, Saratoga Springs, UT; Shirley Slaugh, Lapoint; Brock (Jennifer) Slaugh, Lapoint; Amber (Jeff) Nicholes, Lapoint.
Marcie was preceded in death by her brother-in-law Rod Slaugh.
Funeral services will be held Friday, April 19, 2019, at 11:00 a.m. at the Lapoint Church of Jesus Christ of Latter Day Saint.  Viewings will be held Thursday from 6 to 8 pm at the Hullinger Mortuary in Roosevelt, and on Friday from 10:00 to 10:45 am at the Lapoint Church of Jesus Christ of Latter Day Saints.
Condolences may be shared at www.hullingermortuary.com.

To order memorial trees or send flowers to the family in memory of Marcie Dawn Slaugh, please visit our flower store.