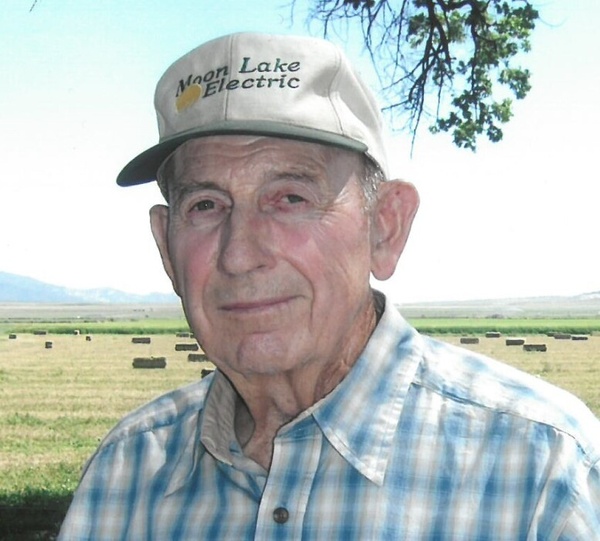 Ralph Lynn Hall, age 88, of Roosevelt, Utah, passed away on July 23, 2020 surrounded by his loving family.
Lynn was born on February 8, 1932 in Nephi, Utah to Perry Cleveland and Laurel Elizabeth Francom Hall.  He married Mary Ann Childs on September 5, 1956 in the Salt Lake Temple.
He grew up in Nephi, Utah working on the family farm where he learned to work hard with his father and brothers.  He graduated from Juab High School in 1950.  Lynn was drafted into the United States Army and served during the Korean War conflict from 1952 to 1954.
He attended Snow College and Brigham Young University graduating in 1958 with a degree in agronomy and botany.  He began his career with the Bureau of Indian Affairs at the Uintah and Ouray Indian Reservation in Fort Duchesne, Utah and retired in 1990.  One of his first projects was helping with a soil survey of the Reservation.  He knew and loved every part of the Reservation.  Because of his love of nature, he could identify all native plants, trees, animals and birds.  He loved the outdoors, especially fishing and hunting.  Until recently, he raised a large garden and shared the produce with his family, friends and neighbors.  He also canned and preserved much of it.
Lynn was an active member of the Church of Jesus Christ of Latter-day Saints and faithfully performed all assignments he was asked to do.  He and Mary Ann served as workers in the Vernal Utah Temple for seven years.
Lynn is survived by his wife, Mary Ann, of almost 64 years; children Michael (Phyllis) Hall of Layton, Utah, Deanne Bettino (Stuart) of Wellington, Utah, James (Lanise) Hall of Garland, Utah, and Don (Jill) Hall of Smithfield, Utah; 12 grandchildren and 9 great-grandchildren; brother Richard Hall of Orem, Utah and numerous nieces and nephews.
He was preceded in death by his parents, Perry and Laurel Hall, siblings Perry Hall, Ruth Jensen, George Hall, Louise Lanier and Elwood Hall.
A viewing will be held on Tuesday, July 28, 2020 from 6:00 to 8:00 p.m. in the Hullinger Mortuary.  A graveside viewing and services will be held on Wednesday, July 29, 2020 at 11:00 a.m. at the Vine Bluff Cemetery in Nephi, Utah.
Condolences may be shared at www.hullingermortuary.com

To order memorial trees or send flowers to the family in memory of Lynn Hall, please visit our flower store.