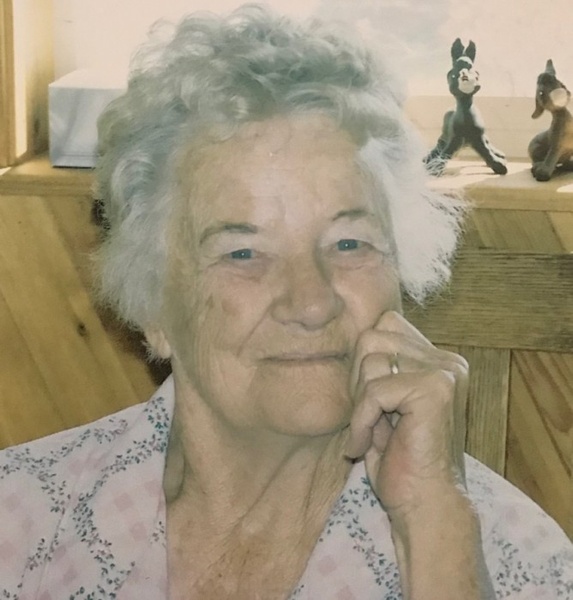 Leah Lorraine Fillingim, age 89, of Roosevelt, passed away July 31, 2018, at the Uintah Basin Senior Villa.
She was born June 14, 1929, in Magna, Utah to Willard Appleton and Leah Elizabeth Husbands Jackman.  She married Adolph Nathan “Nate” Fillingim on June 19, 1944 in Elko, Nevada.  They were sealed on March 10, 2010, in the Vernal LDS Temple.  He died January 31, 2017.
Lorraine was a hard worker and helped her husband on the farm.  She loved to ride her horse, “Poncho,” and was a member of the “Lost Sombreros” riding club, which later became the “Uintah Basin Riders.”  She was president of that for three years and they would ride in Grand Entries for rodeos, parades, and compete in equestrian Gymkhanas.  She enjoyed singing and yodeling, was a member of the LDS Church and ward choir, had a talent for beautiful crochet work, and wrote poetry.  She helped raise three of her husband’s brothers, Jim, Leon, and Gene Fillingim.
Lorraine is survived by her children Billie  (John) Reed, Barbara (Jerry) Ross, all of Roosevelt; Patricia J. Cupp, Woodburn, OR; Jack (Cathy) Fillingim, Ned Fillingim, all of Roosevelt; Shirley (Rick) Lucero, Neola; Chance (Dana) Fillingim, Veyo, UT; 43 grandchildren, 95 great-grandchildren and 40 great-great-grandchildren, and numerous nieces and nephews.
She was preceded in death by her husband, Nate; her son, Sam Fillingim; and siblings, Lynn Jackman, Al Jackman, Mary Jackman, Michael Inman, and a great grandson Coy Dietz Clayburn.                     .
Funeral services will be held on Friday, August 3, 2018, at 11:00 a.m. at the Hullinger Mortuary with a visitation from 10-10:45 a.m..
Burial will be in the Roosevelt Memorial Park.  Condolences may be shared at www.hullingermortuary.com

To order memorial trees or send flowers to the family in memory of Lorraine Fillingim, please visit our flower store.