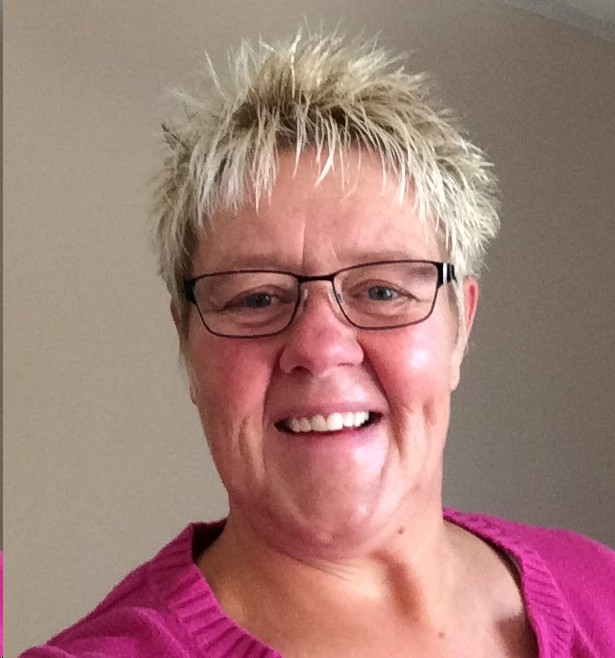 Lori Ann Trujillo, age 54, passed away on July 17, 2018 at her home with her family by her side.
She came to earth on April 19, 1964 to Charles and Diana Scott Winn.  She married Tim Trujillo on December 3, 1985 in Las Vegas, Nevada, they were sealed in 1989 in the Salt Lake LDS Temple
The mother of three great young men who she loved dearly. Nathan, who served in Afghanistan in the United States Army and lives in Watford City, North Dakota and is a wonderful father of two great boys that definitely take after their dad. Zach, who served an LDS mission to Frankfurt, Germany and lives in Salt Lake City, Utah. He married Abbey Smiley, of Murray and they are expecting their first child in December. Tyler, who was made from the same mold as his mom, which made for some interesting exchanges, which one may have talking to one’s self, lives in Roosevelt, Utah. He is also a graduate of MMI Phoenix (Motorcycle Mechanic Institute) for motorcycle repair which he loves to do.
Lori was an individual that mirrored what Christ would have done. She sought out people that were looking for a kind word of encouragement, some advice or just a show of love and concern for those she knew and didn’t know and that needed it.
She was poetry in motion when she would swim, which she loved any time she could get to water. Water and sunshine. Her two great loves behind her three sons, her husband, and her grandkids.
Grammy to some, but Momma T to those who she would Indian yell and cheer for from the stands. Mainly anyone who participated in sports that she knew. Even if she didn’t understand the game she was quick to learn. She loved the youth so very much, age made no difference, they were all HERS!
Lori is survived by her husband, Tim Trujillo, of Roosevelt; sons, Nathan (Chelsie) Trujillo, Watford City, North Dakota; Zach (Abbey) Trujillo, Salt Lake City; Tyler Trujillo, Roosevelt; mother, Dianna Winn, Independence; siblings, Cheryl  (Mitch) Wilde, Independence; Ron (Shelly) Winn, Roosevelt; Darlene (Kelly) Mathews, Payson; and Jeanette Winn, Vernal.
She is preceded in death by her father, Charles Winn; father-in-law, Marcus Trujillo; Grandma and Grandpa Winn, and Grandma and Grandpa Scott.
Funeral services will be held on Saturday, July 21, 2018 at 1:00 p.m. at the Roosevelt 2nd & 11th Ward Chapel.  Viewings will be held on Friday evening at the Hullinger Mortuary from 6 - 8 p.m. and Saturday at the church from 11:30 - 12:45.
Burial in the Roosevelt Memorial Park.

To order memorial trees or send flowers to the family in memory of Lori Ann Trujillo, please visit our flower store.