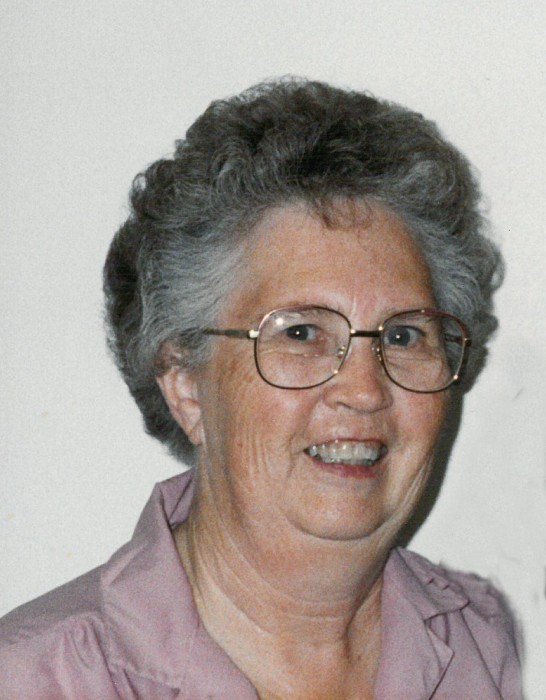 Lois Veloy White Betts, age 90, of Ballard, passed away February 3, 2018 at the Uintah Basin Medical Center.
Lois was born December 24, 1927 in McKinnon, Wyoming, the first of nine children born to Alden D. and Lois Venita Anderson White. As the oldest, she grew up as the farmer in the family. She plowed fields, milked cows, hauled hay and anything else that needed done on the farm. As a result, she always lamented her lack of domestic abilities. That was her perception, however, she was a very good cook and homemaker.       She moved to Roosevelt in High School where she met her future husband. She married Karl Betts on June 11, 1947 in the Salt Lake LDS Temple.
They owned several businesses including shoe repair, upholstery, drapes, carpet and floor coverings and also ran the family farm.
She had a great love for music and filled her home with good music. This instilled in her children the importance of music. Lois had a beautiful singing voice.
She was an active faithful member of the Church of Jesus Christ of Latter-day Saints. She loved the Lord with all her heart and soul, and served in many callings through the years, including, Relief Society President three times, seven missions with Karl, and as a temple worker for nearly 20 years.
She is survived by her husband Karl Betts, daughter, Karla (Jon) Heaton, sons, John (Jackie) Betts, Paul (Julee) Betts, Guy (Ada) Betts, Val (Betty) Betts, Dale (Marilyn) Betts, siblings, Barbee, Bryce, Lynn, Neil, Karl, Karma, Jean Ann, 25 grandchildren and 78 great grandchildren.
She was preceded in death by her parents, a sister Phyllis, and grandson Benjamin Karl Betts.
Funeral services held on Friday, February 9, 2018 at 11:00 a.m. at the Ballard LDS Chapel. Viewings will be held on Thursday evening at the Hullinger Mortuary from 6 - 8 p.m. and Friday  at the church from 10:00 - 10:45 a.m.
Burial in the Roosevelt Memorial Park.

To order memorial trees or send flowers to the family in memory of Lois Veloy Betts, please visit our flower store.