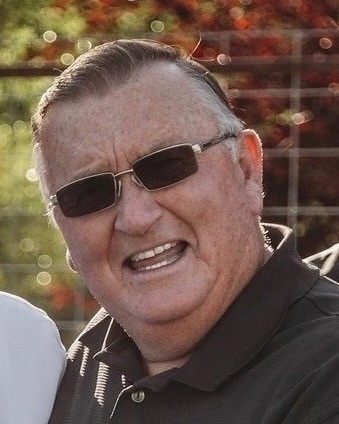 Due to COVID - 19, graveside services will be for immediate family only.
Linden “Mutt” Dye, age 71, of Neola, died peacefully in his home on November 24, 2020, after a short battle with cancer.
He was born October 14, 1949, in Roosevelt, to William Freeman and Laura LaVon Lawson Dye.
Mutt leaves a legacy of service and civic duty and will be missed by the many lives he touched through his work with Boy Scouts of America, youth sports programs, various political, school and park boards and his membership in the Church of Jesus Christ of Latter-day Saints.
Mutt was the youngest of five children and raised five of his own, with his previous wife, Darlene Dye, on the same ranch he grew up on. He spent most of his life in the Uintah Basin, raising alfalfa, dairy cows, beef cows and a menagerie of goats, chickens and the occasional stray cat. He enjoyed being outside and working with his hands. He enjoyed studying Native American history and, depending on the state of the team, watching Jazz basketball. He was awarded The Silver Beaver award by the Boy Scouts of America and was recognized by Utah National Parks Council for his work in the Scouting program.
In his work with Roosevelt City, he was foundational in youth sports program development and he oversaw the growth and maturity of both the Roosevelt and Neola Parks systems. He enjoyed landscape design and management and seemed to know the health of every tree and sprinkler head in the parks. It was a source of pride for him that the parks were nice enough to be considered for weddings, public celebrations, birthday parties and simple meditative walks by the public.
He married LaVae Annette Hackford on October 2, 2013, in Neola.
Mutt is survived by his wife, LaVae Hackford, of Neola; children, Justin (Kellie) Dye, Chandler, AZ, Candice (Travis) Berg; Emily (Sean) Sullivan, both of Salt Lake City, UT; Kwincy (Kristen) Dye. Neola, UT; and Shannon Keller, West Jordan, UT; 17 grandchildren and 2 great-grand children on the way; siblings, Bonnie (Keith) Mair, Neola; Larry (Thelma) Dye, Myton; Norm (Margo) Dye, Roosevelt; Bill (Laree) Dye, Castledale; and numerous nieces and nephews.
He was preceded in death by his parents, Freeman and Laura Dye, and his sister, Freda Campbell.
In lieu of flowers, Mutt would have appreciated your doing something nice for someone you don’t like – “They probably don’t like you either. Do it anyway, maybe you’ll find a new friend.”

To order memorial trees or send flowers to the family in memory of Linden "Mutt" Dye, please visit our flower store.