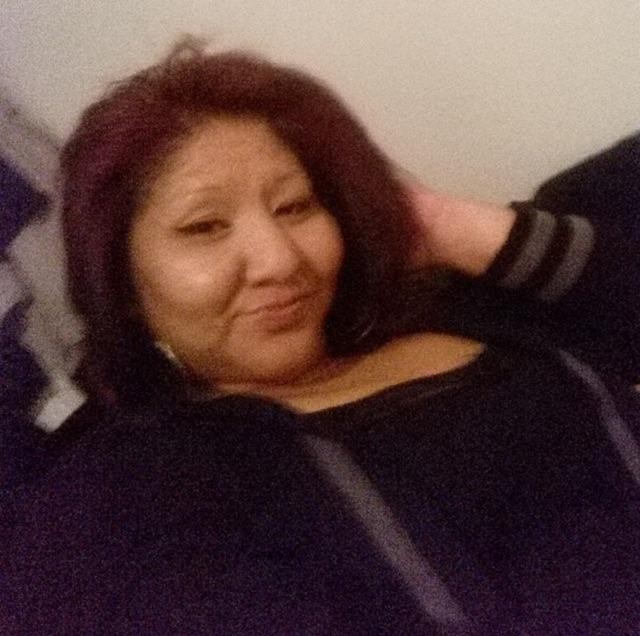 Linda Faye Sowsonicut Reed Ignacio Penningjack, age 49, of Ft. Duchesne, passed away June 9, 2018, at the University of Utah Hospital.
She was born April 20, 1969, in Roosevelt, to Kenneth Dunney and Flora Jean UncaSam.  She married Jon Reed, Sr., and they later divorced.  She married Bernard Ignacio, and they later divorced.  She married Gregory Penningjack on April 14, 2017, in Las Vegas.
Linda worked as a cook at Ute Tribe Headstart and then for several years as a contractor for Ute Energy and Mineral.  She was an excellent cook, liked to gamble, play handgame, darts, and guitar.  She also enjoyed singing Karaoke, dancing, drawing, traveling and riding four-wheelers and motorcycles.  She was very outgoing and took part in many Native traditional ceremonies.
She is survived by her husband, Gregory Penningjack, Ft. Duchesne; children, Trent Sowsonicut, California; Dayzha Sowsonicut (Roscoe Curry), Roosevelt; Renesto Sowsonicut (Jackeline Redfoot), Randlett; John Reed, Jr., ( Reamber Curry), Roosevelt; Tommy Reed, Lindyea Reed, Yellowstone Subdivision; step children, Leander Cuch, Whiterocks; Nessa Tenijieth, Sunshine Kane (Pedro Yazzie), Monique Kane, Selena Kane (Julio Regino), all of Phoenix; 29 grandchildren, and a brother, Charles Sowsonicut, Ft. Duchesne.
She was preceded in death by her brother, Lindy Sowsnicut, and her parents.
Funeral services will be held on Thursday, June 14, 2018, at 10:00 a.m. at the Ft. Duchesne Gym.   There will be two wakes: the first will be at her children's home in the Yellowstone Subdivision on Tuesday after 5:00 p.m. and the second will be at Deanna Penningjack's home on Wednesday, after 4:00 p.m.
Burial will be in the Ft. Duchesne Cemetery.  Condolences may be shared at www.hullingermortuary.com

To order memorial trees or send flowers to the family in memory of Linda Faye Penningjack, please visit our flower store.