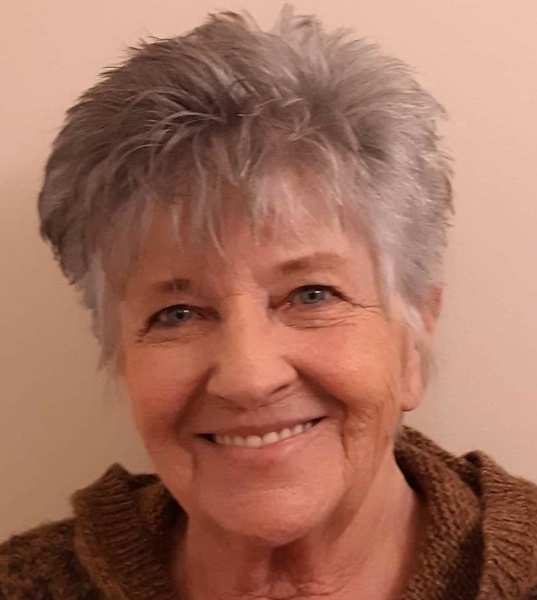 Linda Sue Jolley, age 75, of Duchesne, passed away February 16, 2022, at her home.
She was born August 13, 1946, in Provo, Utah, to Zachariah Frank and Sarah Freshwater Henderson.  She married David Jolley and they were together for over 50 years.
Linda was an engaging extrovert who thrived on interacting with people. This characteristic served her well in life while working as a waitress and rental manager.  She was especially proud of her work as a long-haul semi-truck driver. She enjoyed cooking and baking and was known for her exceptional chicken noodle soup and apple pies. She was loving, caring, and would not hesitate to drive long distances when friends and family were in need. She had a great sense of humor and a contagious, heartfelt laugh that would brighten the room she was in. She never forgot her grandchildren's and great-grandchildren's birthdays, often sending packages of homemade treats to family living overseas.  She was a fiercely independent woman who stoically shouldered her own burdens and those of the people around her.  Her life made an indelible impact on those around her, and she will be deeply missed by her family and friends.
Linda is survived by her husband, David; children, Teresa Pannullo, Murray; Julianna (Blaine) Deveraux, Sandy; Brenda Jolley (Dan Meeker), Sandy; Buck (Rachel) Jolley, Guam; 7 grandchildren, 7 great-grandchildren; brothers, Jerry Henderson, Lyman, WY; Zeek (Sharon) Henderson, Amarillo, TX; and many nieces and nephews.
She was preceded in death by her parents; a grandson, Braden Memmott; sisters, Barbara Chadwick, Judy Harris, and Sally Marshall.
As her final act of service, her family honored her wishes and had her body donated to the University of Utah Body Donor Program.  A celebration of life will be held sometime in the Spring.

A celebration of her life will be held On April 2, 2022, at 12:00 noon at the Salem Community Center at 151 West 300 South, Salem, Utah.  Lunch will be provided and all are invited to come and share Linda’s life with the family.

To order memorial trees or send flowers to the family in memory of Linda Sue Jolley, please visit our flower store.