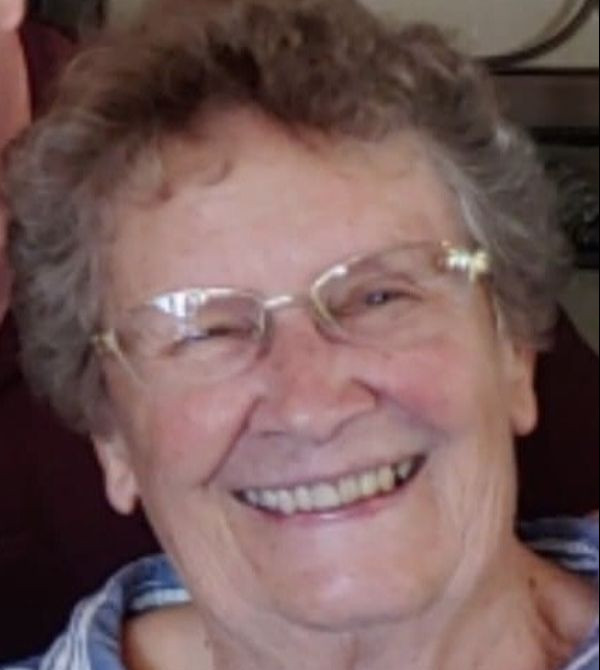 Linda's graveside will be live-streamed here.

Linda Murdoch Hicken, age 80, of Pleasant Valley, died September 26, 2021.
She was born August 29, 1941, in American Fork, Utah, to Harold Joseph and Clara May Morse Murdoch. She married the love of her life, Philip Pratt Hicken, on June 9, 1959 in the Salt Lake Temple of the Church of Jesus Christ of Latter-day Saints.
Linda grew up in Vineyard, Utah. After she was married she lived in Heber City and later moved to Myton, Utah. She was an active member of the Church of Jesus Christ of Latter-day Saints and served in various callings including Primary and Relief Society Presidents. She served a mission with her husband at the Randlett Branch and at the Mesa Arizona Temple Visitors Center where they became grandparents to numerous sister missionaries.
Linda was a unique mix of selflessness, strong, thoughtful, sweet, feisty, generous, kind, and so loving. She looked at those she met with love and a contagious smile. She always thought about others and put them first. She was a great example of Christ-like love. Linda’s life work was being a mother and she loved her family fiercely. She was a hard-working, loving woman of strength who never waned in her support or love of her family, and who soldiered on, even when times were tough. She always went out of her way to help others.
Linda is survived by her children, Ilene (Randy) Curtis, Hermiston, Oregon; Keith (Nerissa) Hicken; Diane (Brent) Fenn, both of Pleasant Valley; Kenneth (Kimberly) Hicken, Riverton; Douglas (Jena) Hicken, Orem; 24 grandchildren and 19 great-grandchildren; her brothers, Evan Murdoch, Springville; Neil (Ingrid) Murdoch, Pleasant Grove; George Murdoch, Bountiful; Pat (Dean) Benson, Orem; and numerous nieces and nephews.
She was preceded in death by her husband Philip Pratt Hicken; her parents; and grandchildren, Alex and Porter Hicken.
Graveside services will be held on Saturday, October 2, 2021, at 12:00 p.m. at the Roosevelt Memorial Park. There will be a viewing on Saturday from 10:00-11:30 a.m. at the Hullinger Mortuary.

To order memorial trees or send flowers to the family in memory of Linda Murdoch Hicken, please visit our flower store.