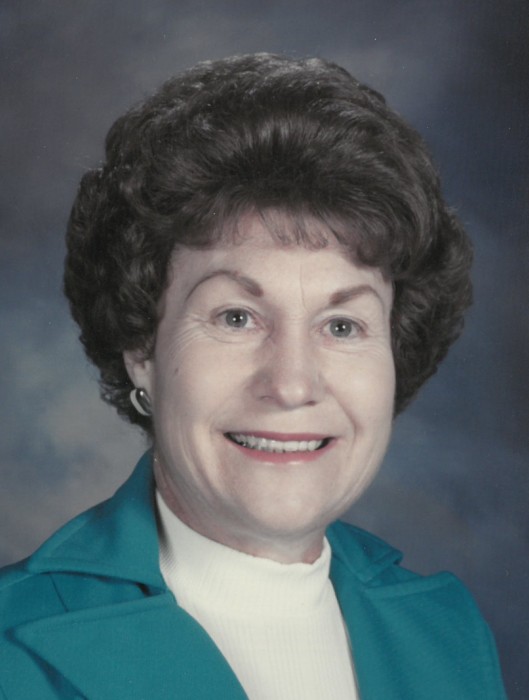 Lila Horrocks McMullin, age 81, of Ballard, passed away September 18, 2018, at the Uintah Basin Medical Center.
She was born January 1, 1937, in Neola, to LaVell and Gladys Beeler Horrocks.  She married Ralph Darrell McMullin on October 10, 1953, in Price and they were later sealed in the Salt Lake Temple of the Church of Jesus Christ of Latter-day Saints.
Lila worked for over 20 years as a speech and hearing specialist for the Uintah County School District.  She loved people, especially her family and her friends.  Any activity with the family was her favorite and before losing her daughter, Cheryl, she doted on her and kept track of her.  She was a very good cook and enjoyed doing craft work.  She had been on dialysis for the last 13 years and the people and nurses at the center became some of her best friends.  In her younger days, she played the accordion and was even part of a band that played at many dances.
Lila is survived by her husband of 65 years, Ralph; sons, Keith Darrell (Sherry LaVonne) McMullin; Tracy (Sonia) McMullin, all of Roosevelt; grandchildren, Rhonda (Chris) Johnson, Chad (Rachel) McMullin, Darcy (Ben) McMickel, Rashelle (Eric) Johnson, and 5 great-grandchildren.
She was preceded in death by her daughter, Cheryl Ann Roundy; parents, LaVell and Gladys; and two brothers, David & Dale.
Funeral services will be held on Friday, September 21, 2018, at 11:00 a.m. at the Ballard LDS Chapel.  There will be a viewing on Thursday from 6-8 p.m. at the Hullinger Mortuary and from 10-10:45 a.m. Friday at the church.
Burial will be in the Roosevelt Memorial Park.

To order memorial trees or send flowers to the family in memory of Lila McMullin, please visit our flower store.