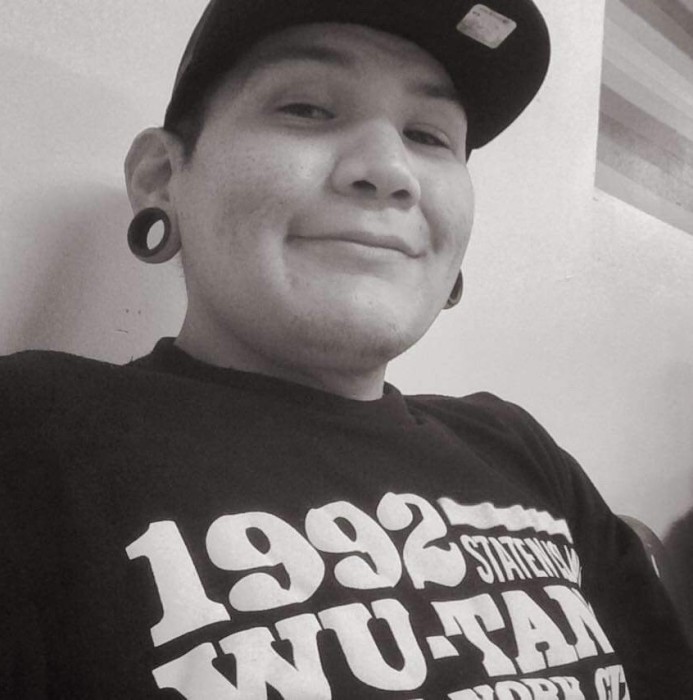 Levaughn Earl Lee, age 30, of Ft. Duchesne, passed away unexpectedly on January 29, 2020, at his home.
He was born September 6, 1989, in Roosevelt, to York Wilson Lee and Berdeena Ann Taveapont.  He played football for and graduated from Uintah High School.  He has been together with Lynn Reed for the last two years.
Levaughn enjoyed listening to music, playing video games, making music on his guitar, riding bikes, being in the mountains, and skateboarding.  He enjoyed taking walks, spending time with family and going to town with Sam.  Mostly, however, he took very good care of his mother and their cats, which he had a name for every single one.
He is survived by his companion, Lynn Reed; mother, Berdeena Taveapont; grandparents, Alice S. Jones, Ina Jane Nephi, Don Taveapont; cousins, Kevin Reed, Franklin Taveapont, Sr., Samantha Bush, Jay (Melissa) Taveapont, Christopher Taveaont, Jeremiah Taveapont Tiffany (Lon) Hackford, Xavier (Patty) Taveapont, Wallace Lee, Maygan Simm, Erica Simm, Brandon Brock, Asay Mart, and Terrence (Jerilyn) Taveapont.
He was preceded in death by his father, York; his grandparents, Wallace Lee, Marie Taveapont, Reed Taveapont, Charles Jones, and Anna Marie Bush.
Funeral services will be held on Monday, February 3, 2020, at 10:00 a.m. at the Ft. Duchesne Community Building.  There will be a wake after 4:00 p.m. on Sunday at the community building.
Burial will be in the Ft. Duchesne Cemetery.

To order memorial trees or send flowers to the family in memory of Levaughn Earl Lee, please visit our flower store.