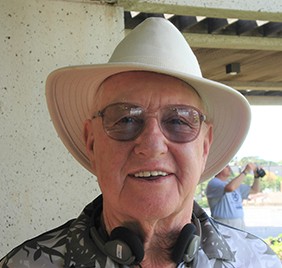 Leo Boyd Foy, age 88, of Duchesne, passed away June 20, 2019, at home with his wife and family by his side.
He was born November 8, 1930, in Duchesne, to William Clarence and Ottillia Shepard Foy.  He graduated from Duchesne High School, then received his Bachelor of Science degree at BYU and was working towards his Master’s degree at BYU.  Receiving his Administration Degree from U of U.
He married Kenna Anderson on June 3, 1950, in the Salt Lake Temple of the Church of Jesus Christ of Latter-day Saints.  She died January 2, 1998.  He married Marilyn LeFevre Neilson on June 26, 1999.
He served in the US Navy at the end of the Korean Conflict and was stationed in San Diego; was a member of the Navy Band and the Navy Shore Patrol.
Leo worked for over 23 years in Duchesne Elementary, first as a fourth-grade teacher for seven years and then as the principal for sixteen years.  In his spare time, he was a rancher and an entrepreneur – creating a family business of automotive service centers with his sons. He was a member of the first Duchesne County Jeep Posse and the first EMT response group.  He was a private aircraft pilot, enjoyed motorcycles, boating, and snowmobiling, He enjoyed carpentry and had a carpentry business. He loved to travel and traveled to many places, but his favorite place to go was the Anthro Mountain and Sowers Canyon.
He was active in the Church of Jesus Christ of Latter- Day Saints, served as High Priest Group instructor, counselor in the Bishopric, Stake Dance director for years, served as a Stake Missionary, and eleven years as an ordinance worker in the Vernal  Utah Temple ,
Leo was, above all, a loving husband and father.
He is survived by his wife, Marilyn, of Duchesne; his children, Gary (Krystal) Foy, Duchesne; Rick (Linda) Foy, Eden; Clay (Bonnie) Foy, Spanish Fork; Debbie (Rick) White, LaVernia, TX; Lisa (Bruce) Baum, Elsinore; Colleen (Mike) Wood, Roosevelt; Duane Neilson, Bridgeland; Stuart (Gina) Neilson, Roosevelt; Wayne (Tamara) Garner, Duchesne; sister-in-law, Joan Foy; brother-in-law, Paul (Gwen) Anderson, Richard (Patricia) Anderson, thirty-seven grandchildren, thirty-nine great-grandchildren and six great-great-grandchildren.
He was preceded in death by his wife, Kenna; his parents; all of his siblings, Clarence Foy, Wanda Svob, Grace Adams,  Elma Mackerell,  Alena Robbins, Wendell Foy, Rosanna Ellis & Jack Foy; and a granddaughter, Amber Foy.
Funeral services will be held on Saturday, June 29, 2019, at 11:00 a.m. at the Duchesne Stake Center.  There will be a viewing at the church on Friday from 6:00 -8:00 p.m. and Saturday from 10:00 -10:45 a.m..
Burial will be in the Duchesne Cemetery, with military honors presented by the Duchesne American Legion and the Patriot Guard Riders.

To order memorial trees or send flowers to the family in memory of Leo Foy, please visit our flower store.