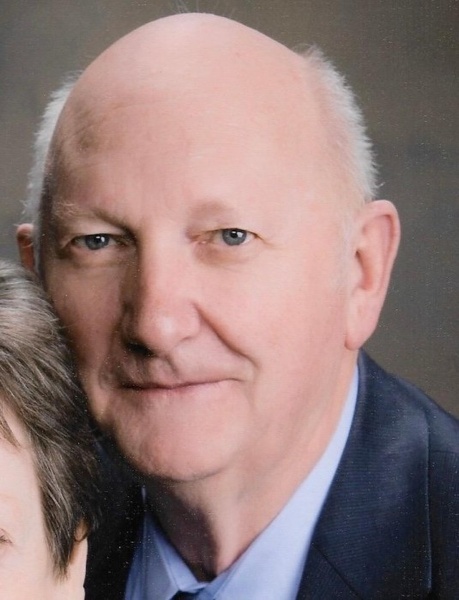 Harold Lee (H. Lee) Wimmer of Pleasant Grove died in Salt Lake City on November 26, 2019, surrounded by his family.
Lee was born on January 12, 1945, the tenth child of Harold J. and Lucille Wilcox Wimmer.  He was born in Roosevelt, Duchesne County and was raised in Nine Mile Canyon along with twelve siblings in a house without electricity or plumbing.
He met his sweetheart, Connie Kristen Horrocks, when they were children. They dated briefly the summer after high school and later eloped in Carmel, California, on August 31, 1968. They went on to have three children, and were sealed in the Provo Temple on September 3, 1974.
Lee graduated from Duchesne High School. He then attended Brigham Young University, where he graduated in 1968 with a Bachelor of Engineering Science degree in Civil Engineering and a love of BYU football. He later earned his Master of Science in Civil Engineering from the University of Southern California.
He began his career working for Los Angeles Water and Power, but returned to Utah County in 1973 to join his father-in-law, Gilbert Horrocks, in establishing Horrocks Engineers. Lee was a principal at Horrocks from 1973 to 1994, during which time he served as the city or district engineer for many of Horrocks’ clients. In 1994, Lee retired from Horrocks and joined the Central Utah Water Conservancy District as an Assistant General Manager and the Central Utah Project Completion Act (CUPCA) Program and Construction Manager. During his 25-year tenure at the District, Lee was responsible for completing the $1.8 billion Central Utah Project, the largest water supply project in the State of Utah and an infrastructure that will serve Utahns for generations to come. Lee was not only a great engineer, but took the time to be a great mentor to young engineers. He was a founding member of the BYU Civil and Environmental Engineering Scholarship Society, where he helped establish an endowed fund that has since provided thousands of students with financial assistance. He also volunteered his time and talents to guest teach ethics courses for engineering classes at BYU. He served on numerous boards overseeing operations of water facilities and treatment plants. Lee enjoyed helping communities meet their water needs, and often advised city leaders on engineering matters.
He was an avid hunter and fisherman and made many trips to Alaska. He loved to celebrate his birthday each year with a family pheasant hunting trip to Hatt’s Ranch in Green River. He was a talented slalom water-skier and enjoyed spending time boating with his family at Lake Powell.
Lee was a member of the Church of Jesus Christ of Latter Day Saints. He held many callings in the Grove Creek 6th ward in Pleasant Grove, UT, where he lived for forty years.
Lee is survived by his loving wife of 51 years, Connie Wimmer; his children, LeAnn (Justin) Lindsey, Jason Wimmer, and Shannon (C.J. Peden) Blackerby; grandchildren, Rachael, Taylor, Rebekah, Talmage, Emma, and Lauren Lindsey; Emmalee and Alexis Wimmer; and Mykaela and Rylee Blackerby. He is also survived by siblings L. Kent Wimmer, Jean (Doug) Bills, J.D. (Suzanne) Wimmer, Elaine Goodrich, Sally (Paul) Henry, and Max R. Wimmer.
He was preceded in death by his parents; four brothers, Thomas, Robert, William, and Jack; two sisters, Arlene and Edythe; and a granddaughter, Sariah Lindsey.
A memorial service will be held Friday, November 29, 2019, at 11:00 a.m. at Nelson Mortuary, 4780 N. University Ave., Provo UT 84604. Interment will be on Saturday at 11:00 a.m. at the Duchesne City Cemetery. In lieu of flowers please donate to your favorite charity.
The family wishes to thank Dr. Welch, Valeo Hospice (Mark, Anetta, & Jessica), and the staff at both Covington Senior Living and Legacy Village of Sugarhouse for their kind care during Lee’s illness.

To order memorial trees or send flowers to the family in memory of Lee Wimmer, please visit our flower store.