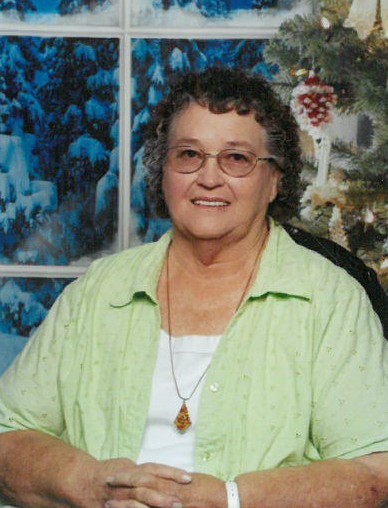 Leah May Sundell Meyers, age 82, of Ballard, passed away January 24, 2018, at her home.
She was born September 18, 1935, in Murray, to John Berger and Amelia Thomson Sundell.  She married Ronald Harlow Meyers, Jr., on December 28, 1953, and their marriage was solemnized in the Salt Lake LDS Temple on April 29, 1966.  He died April 6, 1999.
Leah was a wonderful homemaker and she enjoyed doing embroidery, and taking care of her husband and children.  They were her life, especially the grandkids.  She was an active member of the Church of Jesus Christ of Latter-day Saints, serving in various callings through the years.
She is survived by her children, Steve Harlow Meyers, Roosevelt; Carrie Meyers, Mark Wayne Meyers, both of West Jordan; Randy Norman (Kaelyn) Meyers; Ballard; Susan (Brent) Rudd, West Jordan; 13 grandchildren; 18 great-grandchildren; a sister, Sharon Fitzgerald, Salt Lake; and a brother, Tom (Sue) Frame, Kansas.
She was preceded in death by her parents, husband, brothers, Cliff, Don, Shirl; sisters, Donna, and Gerry and  various cousins, nieces and nephews.
Funeral services will be held on Monday, January 29, 2018 at 11:00 a.m., at the Ballard LDS Chapel.  There will be a viewing on Sunday from 5-7 p.m. at the Hullinger Mortuary and Monday at the church from 10:00 - 10:45 a.m.
Burial in the Roosevelt Memorial Park.  The family requests in lieu of flowers please donate for funeral expenses.
Condolences may be shared at www.hullingermortuary.com

To order memorial trees or send flowers to the family in memory of Leah May Meyers, please visit our flower store.