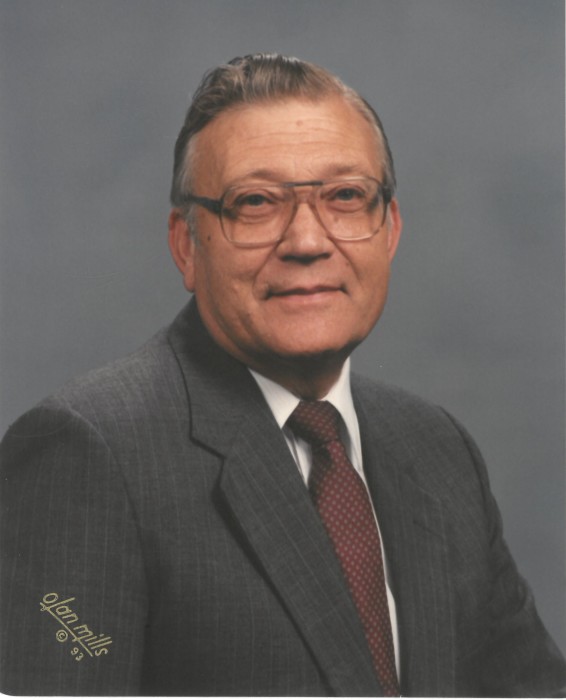 Lawrence George Morrill, 90, of Neola, Utah died peacefully at home on August 24, 2019 surrounded by loving family members.
Lawrence was born in Tridell, Utah July 21, 1929 to Horace LeRoy and Clara Elizabeth Bartlett Morrill. He was the seventh of eleven children. He grew up knowing the value and necessity of hard work as he milked cows, worked in the garden and helped on the family farm from a very early age. He maintained that strong work ethic throughout his life and was never too proud to exert his best efforts in any work project.
Lawrence graduated from Alterra High School in 1947 and married his sweetheart, Melda Rasmussen of Lapoint in the LDS Salt Lake City temple on December 18, 1949. After marriage, he worked numerous jobs to support his family and finance his education, including road construction, picking peaches and beans, firing furnaces, milking cows, working in a cannery, driving a dump truck and loading railroad freight cars. He graduated with Bachelor and Master of Science degrees from Utah State University and a PhD in soil chemistry from Cornell University in Ithaca, New York. Throughout his educational years and career, he excelled in science and math and loved to share his interests with others, especially his grandchildren.
Upon graduation from Cornell, Lawrence returned to Utah to work at Thiokol Chemical Corporation. In 1966 he moved his family to Stillwater Oklahoma, where he was employed as a professor in the agronomy department at Oklahoma State University.
Lawrence and Melda moved to Neola upon retirement from O.S.U. in 2004.
He remained a faithful member of the Church of Jesus Christ of Latter-Day Saints throughout his life. Among other callings, he served in the capacity of Bishop, Branch President of the O.S. U. student branch, and stake high councilor. He was known as an intelligent, strong, quiet and honest man who was always willing to use his muscles and his old green ’67 Chevy pickup truck to help countless friends and family members move. His family is proud of the legacy of service, education, and faithfulness he has left them.
Lawrence is survived by his wife, Melda; children Laura “Laurie” (Richard) Pinegar, Dr. L. Lynn  (Therena) Morrill; Martin “Marty” Morrill; and Ellen (Bryan) Drummond; as well as 10 grandchildren and 22 great-grandchildren.
Funeral services will be held at 11:00 A.M. Friday, August 30, 2019 at the Church of Jesus Christ of Latter-Day Saints chapel, 9000 N. 2000 W., in Neola. A viewing will be held from 9:30 to 10:45 prior to the funeral.
Interment will be at the Tridell Cemetery.

To order memorial trees or send flowers to the family in memory of Lawrence George Morrill, please visit our flower store.