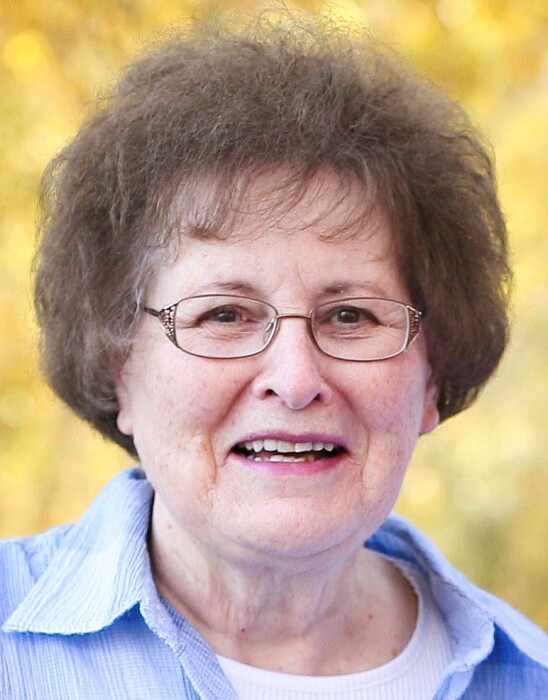 Laura Carolyn Fox Hacking, 82, returned to her heavenly home on July 20, 2020 after succumbing to the complications of Parkinson’s Disease. For her, music was more than printed notes on a page.  She put her heart, soul, and testimony into every piece she played and every life she touched.  All of us will carry her music in our hearts for the rest of our lives.
Laura was born November 18, 1937 in Vernal, Utah to Charles Laurence Fox and Alice Hannah Markey Fox.  She grew up in Vernal and Maeser, Utah and was a graduate of Uintah High School, Class of 1956, where she served as the Student Body Historian.
After high school, she dated D. Roger Hacking. They married on September 29, 1960 in the Salt Lake City Utah Temple.
She attended Brigham Young University, graduating in 1960 with a Bachelor of Science degree in Education and a minor in Music.  While Roger completed his education at the University of Utah, she taught for several years at Douglas Elementary School in Salt Lake City.  They later returned to Maeser, Utah to raise their young family.  She served in many callings in the Maeser 2nd Ward including Ward Organist and Relief Society President.
Music was in Laura’s soul.  She had the natural talent to bring forth so much more from the instrument than the composer’s intent.  She saw the hidden music and freed it for all to enjoy.  With her, the piano sang.
Laura accompanied so many friends, family and entertainment groups that we can’t list them all.  She accompanied Uintah High School choirs, University of Utah ballet and tap classes, Vernal entertainment groups such as Select Edition and theater productions in both the Uintah Basin and the Wasatch Front.  During her years at BYU, she accompanied and travelled with the University Program Bureau, the forerunner to The Young Ambassadors.
Laura taught piano lessons to many children, adults, and family members, and her music lives on through each of them.  Her many students will always remember her fondly.
In their later years, she and Roger served missions for the Church of Jesus Christ of Latter-day Saints in the Nebraska Omaha Mission and at the Provo Utah Missionary Training Center where she was known for her robust piano rendition of “Called to Serve”.  After their missions, they lived in Provo, Ephraim and Orem.  She continued to play the piano and was known for crocheting intricate family names, now displayed in the homes of many family and friends.
She leaves behind her husband of 59 years, D. Roger Hacking, her children, David (Jennifer) Hacking of Orem, Utah, Paul (Lisa) Hacking of Tooele, Utah, Alisa (Rick) Massey of Indianapolis, Indiana, Mark (Carrie) Hacking of Lake Forest, California, Steven (Kristen) Hacking, of Ephraim, Utah, and James (Anjella) Hacking of Orem, Utah, 33 grandchildren (Xander, Jill, Nathan, Nicholas, Hannah, Zachary, Erik, Kamille (Frank), Ryker (Amelia), Kyle, Bradley (Stephanie), Brianna, (Jason), Jeremy, Michael, Spencer, Jenna, Jacob (Yvette), Chad (Kirstan), Scott, Todd, Rick (Ashlyn), Karra, Owen, Matthew, Charlie, Ellie, Talon, Amelia, Ethan, Allison, Brooks, Emma and Bailey), 9 great-grandchildren (Landon, Alana, Oliver, William, Mitch, Jack, Margaret, Evelyn, and Daniella), and siblings Gene (Yvonne) Fox of Vancouver, Washington, Marsha Fox of South Jordan, Utah, Connie Fox of Oakland California and Brent (Janice) Fox of Herriman, Utah.
Laura loved many children and grandchildren who came into her life as exchange students and friends who became family including Rebecca Wett, Tatiana Robles Agular, Sevak Tsaturyan, Toshiko Becker, Alex and Victoria Avila, Veronika Truebe Offenlachm, Megan Gadd, and Tim Jackson
We are very grateful for all the love and care she received during the last days of her life from Legacy Village of Provo and First Choice Home Heathcare Nursing.
A graveside service will be held in the Maeser Fairfield Cemetery on Thursday July 23, 2020 at 11:00 AM.
The family wishes all to be comfortable, please feel free to bring a chair and an umbrella.

To order memorial trees or send flowers to the family in memory of Laura Carolyn Hacking, please visit our flower store.