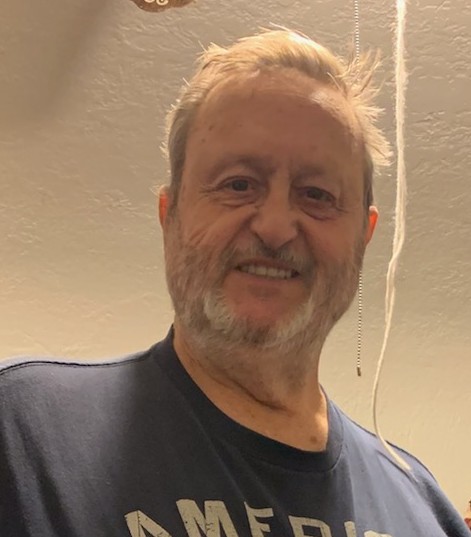 Larry Richard Gauer, age 70 of Vernal, passed away at the VA hospital due to complications with COVID-19 on February 4, 2021.
He was born October 2, 1950 in Garrett, Maryland to Henry Dwight and Barbara Ellen Nicholson Gauer.
His family moved to California where Larry grew up. He was the youngest of three children.  Larry was married to his wife Missy for 18 years they decided to move to Vernal, Utah from California but later divorced. They had no children.
In 2016 Larry met his significant other Elizabeth “Betty” Keel he was with her for four and a half years -until his death. They had a great life, as they enjoy their journey through life- together.
Larry served in the army just before the Vietnam War.
Larry worked in the Patch for 20 years he drove a water truck and a propane truck for the oil field.
Larry often referred to Vernal as his little piece of Mayberry, he loved living in Vernal. He loved to watch his chickens in his back yard and the sounds of the roaster early in the morning. He loved his dog- Itsy Bit. He loved the long drive to the mountains for the day, eating out, and  socializing with others. He loved to tell jokes to cheer people up.
His fondest memory of California was driving his motorcycle or his car up the coast.
Larry is survived by his significant other Elizabeth “Betty” Keel.
He is preceded in death by both of his parents, both of his brothers, and Itsy Bit- his black and tan dachshund.
Graveside services will be held on Wednesday, February 10, 2021 at 10:00 a.m. at the Neola Cemetery.

To order memorial trees or send flowers to the family in memory of Larry Gauer, please visit our flower store.