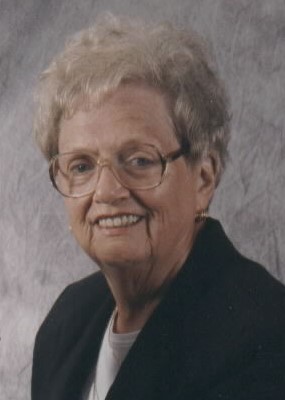 Lanis Blauer Dastrup passed away on January 26, 2021 at 3:12 pm in her home on Ioka Lane outside of Roosevelt, Utah. She was 85 years old.
Lanis was born to Rose Parker Blauer and Ernest Richard Blauer on August 17, 1935 in Logan, Utah. She was raised in Burley, Idaho with her two sisters, Jone (Val) Blauer Liljenquist and Gail (Jack) Blauer Reese. She married Bernard Curtis Dastrup in the Salt Lake City Temple on December 20, 1957. They adopted three children: Michael Curtis Dastrup, Julie Dastrup Penton, and Kelly Richard Dastrup. She is survived by her two sons, Mike and Kelly (Becky) Dastrup; ten grandchildren; and eighteen great-grandchildren.
Lanis was always busy. In high school she was active in everything she could find time for, including sports like volleyball and track, musicals, editing the yearbook, the school store, and choirs like the Nonettes. She went to dance festivals with her church MIA group and continued dancing after graduation. In college she was part of the Program Bureau, Orchesis dance group, Brighamettes, and the Cami Los Social Unit. After graduation she participated in the Palmyra Pageant.
Lanis wanted to be a teacher for as long as she could remember. After receiving her secondary education certificates from BYU, she taught at various schools in Utah for thirty years. She taught for twenty years as a PE teacher and ten years as an English teacher. She also taught the Cougarette drill team at BYU for two years. In addition to PE and English, she taught typing, shorthand, music, biology, physiology, health, drama, home ec, history, geography, dance, and drill team. She was also the advisor for the cheerleaders, yearbook, and did all the choreography for seven musicals.
She was involved in several professional organizations, including the DEA, Building Rep, Governors Steering Committee for Excellence in Teacher Education, Professional Rights and Responsibilities for the UEA, and the Career Ladder District Committee. She served in the community as a member of the Federated Women’s Clubs of America, Socialette Club, Lady Lions, Altrus Literary Club, and the Republican Party.
Lanis’s greatest loves were her family, the Church of Jesus Christ of Latter-day Saints, and BYU football. She could always find the joy in life, made friends everywhere she went, and always had a witty joke or a story to tell. She was sensitive to the needs of those around her and often generously helped fulfill those needs. Lanis was known as the “mint lady” and made butter mints for weddings, receptions, and other events, as well as chocolates and pecan logs at Christmastime. She adored music, singing at weddings, funerals, church meetings, competitions, and General Conference with her various choirs and singing groups. Opera held a special place in her heart.
Lanis was preceded in death by her beloved husband, Curtis; her parents, Rose and Ernest Blauer; her daughter Julie; her son-in-law Bob Penton; and her brother-in-law Val Liljenquist.       Funeral services will be held at the LDS Chapel in Myton, Utah on Saturday, January 30, 2021 at 11 am, with a viewing from 9:30 to 10:45.
Burial in the Altamont Cemetery.

To order memorial trees or send flowers to the family in memory of Lanis Dastrup, please visit our flower store.